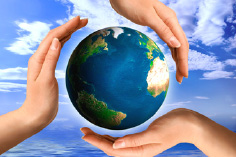 Three in unity where the Bible mentions "God" does not mean a single being in the sense of an "old man with a long, white beard" who is called God. The Bible recognizes God who created us as a union of three distinct or "different" persons, namely, the Father, the Son and the Holy Spirit. The father is not the son and the son is not the father. The Holy Spirit is not the father or the son. Although they have different personalities, they have the same motives, intentions and the same love, and have the same essence and the same being (Genesis 1:1; Matthew 26:28, Luke 19: 3,21-22). The three God persons are so close and so familiar with each other that if we know one person of God, we also know the other people. That is why Jesus reveals that God is one and we should keep that in mind when we say that there is only one God (Mark 12,29). To think that the three persons of God are anything less than one would be to betray God's unity and intimacy! God is love and that means that God is a being with close relationships (1 John 4,16). Because of this truth about God, God is sometimes called "the Trinity" or the "Trinity God". Trinity and trinity both mean "three in unity". When we say the word "God" we are always talking about three different people in unity - the Father, the Son and the Holy Spirit (Matthew 3,16: 17-28,19;). It is similar to how we understand the terms “family” and “team”. A «team» or a «family» with different, but equivalent people. This does NOT mean that there are three gods because God is only one God, but three different people in the ONE being of God (1 Corinthians 12,4: 6-2; 13 Corinthians 14).

God the Trinity enjoys such a perfect relationship with each other that they made the decision not to keep that relationship to themselves. It's just too good for that! The triune God wanted to include others in his relationship of love so that others would enjoy this life in full forever as a free gift. The triune God's intention to share his joyful life with others was the reason for all creation, and especially for the creation of mankind (Psalm 8, Hebrews 2,5: 8!). This is what the New Testament means by the words “adopt” or “adoption” (Galatians 4,4-7; Ephesians 1,3-6; Romans 8,15-17.23). The Triune God intended to include all of creation in every aspect of God's life! Adoption is God's first and only reason for everything created! Just imagine God's good news as plan "A", where "A" stands for "adoption"!

Because God, the Trinity, existed before there was anything we call creation, God first had to bring creation into existence to adopt it. But the question arose: "How could creation and humanity be included in the relationship of the triune God if the triune God himself did not bring creation into this relationship?" After all, if you are not God, you cannot become God in any way! Something created CANNOT become something un-created. In some way, the triune God would have to become a creature and remain a creature (while remaining God at the same time) if God wants to bring us permanently into his relationship and keep us there. This is where the incarnation of Jesus, the God-man, comes into play. God, the Son became human - this means that it is not at all due to our own efforts to bring ourselves into a relationship with God. The triune God, in his grace, included all of creation in Jesus, the Son of God, in his relationship. The only way to bring creation into the relationship of the triune God was for God to humble himself in Jesus and to accept creation through a voluntary and willful act. This act of the triune God to freely join us in their relationship through Jesus is called "grace" (Ephesians 1,2: 2,4; 7: 2-3,18; Peter). The triune God's plan to become human for our adoption meant that Jesus would have come for us even if we had never sinned! The three God created us to adopt us! God did not create us to free us from sin, although God did indeed save us from sin. Jesus Christ is NOT "Plan B" or an afterthought of God. It is not just a plaster used to cover our sin problem. The breathtaking truth is that Jesus was God's first and ONLY thought to bring us into a relationship with God. Jesus is the fulfillment of “Plan A” that was started before the world was created (Ephesians 1,5: 6-13,8; Revelation). Jesus came to involve us in the relationship of the triune God, as God had planned from the beginning, and nothing, not even our sin, could prevent this plan! We are all saved in Jesus (1 Timothy 4,9: 10) because God was anxious to fulfill his adoption plan! The triune God established this plan of our adoption in Jesus before we were created, and we are already God's adopted children (Galatians 4,4-7; Ephesians 1,3-6; Romans 8,15-17.23).

This plan of the triune God to adopt all of creation into a relationship with himself through Jesus was once a secret that no one knew (Colossians 1, 24-29). However, after Jesus ascended to heaven, he sent the Holy Spirit of Truth to reveal this inclusion and inclusion in God's life (John 16: 5-15). Through the instruction of the Holy Spirit, which has now been poured out on all mankind (Acts 2,17) and by believers who believe and salute this truth (Ephesians 1,11: 14), this mystery is made known around the world (Colossians 1,3-6)! If this truth is kept secret, we cannot accept it and experience its freedom. Instead, we believe lies and experience all kinds of negative relationship problems (Romans 3, 9-20, Romans 5,12: 19!). Only when we learn the truth about ourselves in Jesus will we begin to realize how sinful it was not to see Jesus properly in his union with all people around the world (John 14,20:1; 5,14 Corinthians 16: 4,6; Ephesians!). God wants everyone to know who he really is and who we are in him (1 Timothy 2,1: 8)! This is the good news of His grace in Jesus (Acts 20:24).

Given this theology, centered on the person of Jesus, it is not our job to "save" people. We want to help them recognize who Jesus is and who they are already in him - God's adopted children! In essence, we want you to know that you already belong to God in Jesus and this will encourage you to believe that you are behaving properly and being saved!