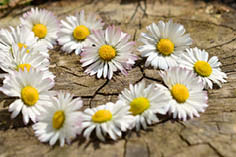 Every time the discussion of the faith is at stake, I wonder why it looks like believers feel at a disadvantage. The believers apparently assume that the atheists have somehow gained the evidence unless the believers succeed in refuting them. The fact is that, on the other hand, it is impossible for atheists to prove that God does not exist. Just because believers cannot convince atheists of God's existence does not mean that atheists have gained evidence. Atheist Bruce Anderson emphasized in his article "Confession of an Atheist": "It is good to remember that the vast majority of the smartest people who have ever lived believed in God." Many atheists just don't want to believe in God's existence. They prefer to see science as the only way to truth. But is science really the only way to truth?

In his book: "The Devil's Delusion: Atheism and Its Scientific Pretension" The agnostic, David Berlinski, emphasizes that the prevailing theories about human thinking: the big bang, the origin of life and the origin of matter are all open to debate. For example, he writes:
«The claim that human thought is a result of evolution is not an unshakable fact. You just concluded. »

As a critic of both Intelligent Design and Darwinism, Berlinski points out that there are still many phenomena that science can not explain. There is great progress in understanding nature. But there is nothing that - if clearly understood and honestly stated - requires disregarding a creator.

I know several scientists personally. Some of them are leaders in their field. They have no problem reconciling their ongoing discoveries with their belief in God. The more you find out about physical creation, the more it reinforces your belief in the Creator. They also point out that no experiment can be devised that can prove or disprove God's existence once and for all. You see, God is the creator and not part of creation. You cannot "discover" God by looking for him through ever deeper layers of creation. God only reveals himself to people through his son, Jesus Christ.

One will never find God as the result of a successful experiment. You can only know God because he loves you because he wants you to know him. That's why he sent his son to be one of us. If you come to the knowledge of God, that is, after opening your heart and mind to it, and experiencing your own personal love, then you will have no doubt that God exists.

This is the reason why I can tell an atheist that it can be proven with him that there is no God and not with me that he exists. As soon as you recognize him, you will believe too. What is the true definition for atheists? People who do not (yet) believe in God.