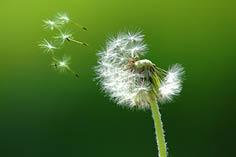 Nothing sells as well as prophecies. It's true. A church or ministry can have a stupid theology, a weird head, and nonsensical strict rules, but they have some world maps, a pair of scissors, and a stack of newspapers, along with a preacher who can reasonably well express himself, then it seems, people will send you bucketfuls of money. People are afraid of the unknown and they do not know the future. So it seems that any old street vendor who comes along, claiming that he knows the future, can muster a very nice following if he is smart enough to fake God's signature for his predictions by juggling scriptures like a circus artist ,

But one thing we need to be clear about if we don't want to mess with intrusive prophets is this: Biblical prophecy is not about the future. It's about knowing Jesus Christ. If you want a good prediction addiction case, just hand your mind over to God's self-proclaimed messenger so that you can fill it with inventions about what particular despot is actually the "King of the South" or the "King of the Nordens ”, or“ the animal ”or“ the false prophet ”or the tenth“ horn ”. It will be a lot of fun, very exciting, and almost as useful mentally as if you were going to be in Dungeons and Dragons for the rest of your life (Dungeon and dragon) plays. Or you could take a lesson from the Apostle Peter. He had some thoughts about prophecy - its origin, its value and its purpose. He knew what it was about. And he gave us this information in the first letter to Peter.

«This bliss has been sought and researched by the prophets who have prophesied the grace intended for you, and by what and what time the Spirit of Christ pointed to them, who was in them and previously testified to suffering that should come over Christ and the glory afterwards. It has been revealed to them that they should not serve themselves, but what has now been preached to you by those who have preached the gospel to you by the Holy Spirit sent from heaven » (1 Peter 1,10:12).

Here is the “inside information” for us, straight from Peter's mouth:

And what did Peter expect from his readers who received this information? Simply this: "Therefore girdle the loins of your mind, be sober and put your hope entirely on the grace offered to you in the revelation of Jesus Christ" (V.13). To direct our minds to grace means to "rebirth" (V. 3) lives out by faith while we "love one another with pure heart" (V.22). Wait a moment, you say. What about the book of Revelation? Revelation predicts the future, doesn't it?

No. Not in the way the prophets think addicts. The image of the revelation about the future is simply that one day Jesus will return, and everyone who receives him with joy will share in his kingdom, and anyone who opposes him will be left empty-handed. The message of the Book of Revelation is a call never to give up in the service of our Lord, even if we are killed for it, because we are safe in His loving hands - regardless of what the seemingly never-ending parade of evil systems, governments and people would like to do something to someone.

Bible prophecy, including the Book of Revelation, is about Jesus Christ - who he is, what he did, and the simple fact that he will return. In light of this truth - the truth of the gospel - prophecy includes a call for "holy change and pious beings while we await the coming of God's day" (2 Peter 3,12). Misrepresentations of Bible prophecy only distract attention from its true message - from the "simplicity and honesty that is in Christ" (2 Corinthians 11,3). Prediction addiction sells well, but the cure is free - a good dose of the unvarnished gospel.