Are we living in the last few days? 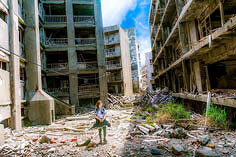 You know that the gospel is good news. But do you really see it as good news? As with so many of you, for most of my life I have been taught that we live in the last days. This gave me a worldview that viewed things from a perspective that the end of the world as we know it today would come in just a few short years. But if I behaved accordingly, I would be spared before the Great Tribulation.

Thankfully, this is no longer the focus of my Christian faith or the foundation of my relationship with God. But if you have believed something for so long, it is difficult to get rid of it completely. This kind of worldview can make you addicted, so you tend to see everything that happens through the glasses of a special interpretation of end-time events. I've heard that people who are fixated on end-time prophecy have been humorous referred to as apokaholics.

In reality, this is not a laugh. This kind of worldview can be harmful. In extreme cases, it can lead people to sell everything, abandon all relationships, and move to a lonely place to wait for the apocalypse.

Most of us would not go that far. But a sentiment that life, as we know it, is coming to an end in the near future, can cause people to write off the pain and suffering around them, and to think, What the hell? They look at everything around them in a pessimistic way and become more of spectators and comfortable judges than those who work to improve things. Some prophet addicts even go so far as to refuse to support humanitarian relief because they believe that otherwise they might somehow delay the end times. Others neglect their health and that of their children and do not care about their finances because they believe that there is no future for them to plan for.

This is not the way to follow Jesus Christ. He called us to be lights in the world. Sadly, some lights from Christians seem to be like the spotlight on a police helicopter patrolling the neighborhood to track down crime. Jesus wants us to be lights in the sense that we help make this world a better place for the people around us.

I would like to offer you a different perspective. Why not believe that we live in the first days instead of the last days?

Jesus did not instruct us to proclaim doom and darkness. He gave us a message of hope. He told us to tell the world that life is only beginning instead of being copied. The gospel is about him, who he is, what he did, and what is possible because of it. When Jesus broke free from his grave, everything changed. He made all things new. In him God redeemed and reconciled everything in heaven and on earth (Colossians 1,16: 17).

This wonderful scenario is summarized in the so-called golden verse in the Gospel of John. Unfortunately, this verse is so well known that its power has become dull. But look at this verse again. Digest it slowly and allow the astonishing facts to really sink in: Because so God loved the world that he gave his only begotten son so that all who believe in him are not lost but have eternal life (John 3,16).

The gospel is not a message of doom and doom. Jesus made this pretty clear in the next verse: Because God did not send his son into the world to judge the world, but that the world would be saved through him (John 3,17).

God is out to save the world, not to destroy it. That is why life should reflect hope and joy, not pessimism and fearful foreboding. Jesus gave us a new understanding of what it means to be human. Far from being oriented inwards, we can live productively and constructively in this world. If we have the opportunity, we should do everyone good, especially those of our faith (Galatians 6,10). The suffering in Dafur, the emerging problems of climate change, the ongoing hostilities in the Middle East and all the other problems that are closer to our home are our affair. As believers, we should take care of each other and do what we can to help - and not sit on the sidelines and mumble smugly about us: we told you.

When Jesus was raised from the dead, everything changed - for all people - whether they knew it or not. Our job is to do our best so people know. Until the current evil world takes its course, we will encounter opposition and sometimes even persecution. But we are still in the early days. In terms of the eternity ahead, these first two thousand years of Christianity are barely a blink of an eye.

Every time the situation becomes dangerous, people understandably think that they are living in the last few days. But the dangers in the world have come and gone for two thousand years, and all Christians who were absolutely sure that they live in the end times were wrong - every time. God did not give us a surefire way to be right.

He has given us a gospel of hope, a gospel that must be known to all people at all times. We are privileged to live in the first days of the new creation that began when Jesus rose from the dead.