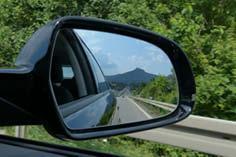 In January 1986, Herbert W. Armstrong died at the age of 93 years. The founder of the Worldwide Church of God was a remarkable man, with an impressive speech and writing style. He has convinced more than 100.000 people of his interpretations of the Bible, and he has built the Worldwide Church of God into a radio / television and publishing empire that at its peak reached more than 15 millions of people each year.

A strong emphasis on the teachings of Mr. Armstrong was the belief that the Bible has more authority than tradition. Subsequently, the WKG adopted its interpretations of Scripture wherever its views differed from those of other churches.

It was a new beginning for us. It was not easy and it was not fast. Year after year, doctrinal errors were discovered and corrections made and declared. Prophecy speculation has been replaced by preaching and teaching the gospel.

We used to call other Christians unconverted, now we call them friends and family. We lost members, colleagues, we lost our radio and television programs and almost all of our publications. We lost a lot of what was once very dear to us and we had to "crawl to crosses" over and over again. Why? Because the Bible does indeed have greater authority than our traditions.

The doctrinaire changes took about 10 years - 10 years of confusion, of tremendous reorientation. We all had to reorient ourselves, rethink our relationship with God. The most traumatic change for most members happened about 10 years ago - as our continued study of the Bible showed us that God no longer requires His people to keep the seventh-day Sabbath and other Old Testament laws.

Unfortunately, many members could not accept this. Of course, they had the freedom to keep the Sabbath if they wanted, but many were not happy to be in a church that did not require people to keep it. Thousands left the church. The church's income fell sharply for years, forcing us to cut programs. The church was also forced to drastically reduce the number of its employees.

This required an enormous change in the structure of our organization - and again it was not easy and it was not quick. Indeed, the restructuring of our organization took about as long as the doctrinal reassessment. Many properties had to be sold. The sale of the Pasadena campus will soon be completed, we pray, and the church headquarters staff (about 5% of the former workforce) will move to another office building in Glendora, California.
Each community has also been reorganized. Most have new pastors who work without pay. New services have evolved, often with new ladders. Multi-level hierarchies have been flattened and more and more members have taken an active role as communities engage in their local communities. Community Councils learn to work together to make plans and set budgets. It is a new beginning for all of us.

God wanted us to change and He pulled us through thickets, twisty canyons and raging currents about as fast as we could walk. It reminds me of a cartoon in an office about eight years ago - the whole department had been dismantled and the last employee stuck the cartoon on the wall. She showed a roller coaster, in which sat a person with wide eyes, who was clinging to the seat worried about their worthy life. The title under the cartoon was: "The wild ride is not over yet." How accurate that was! We had to fight for our lives for several more years.

But now it looks like we are over the top of the hill, especially with the sale of the properties in Pasadena, our move to Glendora and the restructuring that has given the local communities responsibility for their own finances and services. We have left the traces of the past and now have a new beginning in the ministry to which Jesus called us. 18 independent communities have joined us and we have established new communities for 89.

The new magazine that accompanies this letter reflects the unpredictability of Christian life. As Christians we know where we are going, but we do not know what may happen along the way. "Christian Odyssey" (the new magazine "Christian Odyssey") will offer biblical, doctrinal and practical articles for Christian life to members as well as non-members. Although such articles appeared earlier in the Worldwide News, we decided to separate church news from biblical teaching by creating two magazines. In this way, Christian Odyssey will be able to serve people who are not members of our Church.

Church news is published in the magazine "WCG Today" ("WKG Today") will be published. WKG members in the US will continue to receive both magazines along with a letter from me. Non-members (in the USA) can order a subscription to “Christian Odyssey” by phone, email or online. We would like to encourage you to share the Christian Odyssey magazine with your friends and invite them to order their own subscription.