What do you think about non-believers? 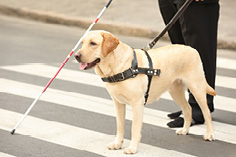 I address you with an important question: How do you feel about non-believers? I think that's a question we should all think about! Chuck Colson, founder of the Prison Fellowship and the Breakpoint Radio program in the US, once answered this question with an analogy: If a blind man steps on you or pours hot coffee over your shirt, would you be mad at him? He answers himself that we probably are not, just because a blind man can not see what is in front of him.

Please keep in mind that people who have not yet been called to believe in Christ cannot see the truth before their eyes. Because of the fall, they are spiritually blind (2 Corinthians 4,3: 4). But at just the right time, the Holy Spirit opens their spiritual eyes so that they can see (Ephesians 1,18). The Church Fathers called this event the miracle of enlightenment. If it happened, it was possible for people to believe; could believe what they now saw with their own eyes.

Although some people, despite seeing eyes, decide not to believe, it is my belief that most of them in their lives will eventually respond positively to God's clear call. I pray that they will do this sooner rather than later so they can experience the peace and joy of God's knowledge already at this time and tell others about God.

We believe we recognize that non-believers have misconceptions about God. Some of these ideas are the result of bad examples of Christians. Others have come from illogical and speculative opinions about God that have been heard for years. These misconceptions aggravate spiritual blindness. How do we respond to their unbelief? Unfortunately, many Christians respond with the construction of protective walls or even strong rejection. By erecting these walls, they overlook the reality that non-believers are as important to God as believers. They have forgotten that the Son of God did not come to earth just for believers.

When Jesus began his ministry on earth, there were no Christians - most people were non-believers, even the Jews of that time. But thankfully, Jesus was a friend of sinners - an advocate for non-believers. It was clear to him that "the healthy do not need a doctor, but the sick" (Matthew 9,12). Jesus committed himself to seek out the lost sinners so that they could accept him and the salvation he offered them. He spent a large part of his time with people who were considered by other people to be unworthy and unremarkable. The religious leaders of the Jews therefore stamped Jesus as "a wolverine and wine drinker, a friend of tax collectors and sinners" (Luke 7,34).

The gospel reveals the truth to us; Jesus, the Son of God, became a man who lived among us, died and ascended; he did this for all people. Scripture tells us that God loves "the world." (John 3,16) This can only mean that most people are non-believers. The same God calls us believers to love all people like Jesus. To do this, we need the insight to see them in Christ as not yet believers - as those who belong to him, for whom Jesus died and rose. Unfortunately, it is very difficult for many Christians. Apparently there are enough Christians willing to judge others. However, the Son of God announced that he did not come to condemn the world, but to save it (John 3,17). Sadly, some Christians are so eager to judge non-believers that they completely overlook how God the Father looks at them - as his beloved children. For these people, he sent his son to die for them, even though they were him could not (yet) recognize or love. We may see them as non-believers, but God sees them as future believers. Before the Holy Spirit opens the eyes of a non-believer, they are closed with the blindness of unbelief - confused by theologically wrong concepts about God's identity and love. It is precisely in these conditions that we have to love them instead of avoiding or rejecting them. We should pray that when the Holy Spirit empowers them, they will understand the good news about God's reconciling grace and accept the truth with faith. These people may enter the new life under God's guidance and rule and the Holy Spirit may enable them to experience the peace that is given to them as children of God.

When we think about non-believers, let's remember Jesus' command: "Love one another," he said "How I love you" (John 15,12). And how does Jesus love us? By letting us share in his life and love. He does not build walls to separate believers from non-believers. The Gospels tell us that Jesus loved and accepted tax collectors, adulterers, possessed people, and lepers. He also loved women with bad repute, soldiers who mocked and beat him, and crucified criminals at his side. When Jesus hung on the cross and thought of all these people, he prayed: «Father, forgive them; because they don't know what they're doing! » (Luke 23,34). Jesus loves and accepts everyone so that all of them, as their Savior and Lord, may receive forgiveness and live in communion with their heavenly Father through the Holy Spirit.

Jesus gives us a share in his love for the non-believers. Thereby we see them as human beings in God's property, which he has created and will redeem, despite the fact that they do not yet know the one who loves them. Keeping this perspective will change our attitude and behavior towards non-believers. We will accept them with open arms as orphaned and alienated family members who yet have to get to know their true father; as lost brothers and sisters who are unaware that they are related to us through Christ. We will seek to meet non-believers with the love of God so that they, too, may welcome the grace of God in their lives.

How do we encounter nonsensicals?