The high price of the kingdom of God 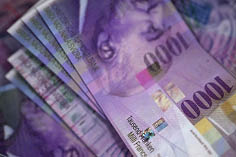 The verses in Mark 10,17: 31-9 belong to a section that ranges from Mark 10 to. This section could be titled "The High Price of the Kingdom of God". It describes the period just before the end of the life of Jesus on earth.

It's not about how we can access the kingdom of God - but about sharing in Jesus' kingly life with Jesus and thus reconciling our lives with the way of life in his kingdom. There is a price to pay for this, and Mark points this out in this passage, highlighting six attributes of Jesus: prayerful dependence, self-denial, faithfulness, generosity, humility, and persevering faith. We will look at all six properties, keeping a close eye on the fourth: Generosity.

The first thing we do is go to Mark 9,14: 32. Jesus is saddened by two things: on the one hand, it is the resistance that the lawyers offer him and, on the other hand, it is the unbelief that he sees among all the many people and among his own disciples. The lesson in this section is that the victory of the Kingdom of God (in this case about diseases) does not depend on the extent of our faith, but on the extent of the faith of Jesus, which he later shares with us through the Holy Spirit.

In this environment where human weaknesses are at stake, Jesus explains that part of the high cost of the Kingdom of God is to turn to Him in prayer with an attitude of dependence. What is the reason? Because he alone pays the full price of the Kingdom of God by sacrificing his life for us soon afterwards. Unfortunately, the disciples do not understand that yet.

Further in Mark 9,33-50, the disciples are shown that part of the cost of the Kingdom of God is to give up their own desire for domination and power. Self-denial is the way that makes the kingdom of God great, as illustrated by Jesus pointing to weak, helpless children.

Jesus' disciples were not able to deny themselves completely, so this admonition points to Jesus, who alone is perfect. We are called to trust him - to accept his person and to follow his way of life from the kingdom of God. Following Jesus is not about being the greatest or the most powerful, but about denying oneself in order to serve God by serving people.

Mark 10,1: 16 describes how Jesus uses marriage to show that the high cost of the Kingdom of God includes fidelity in the closest relationships. Then Jesus makes it clear how innocent little children set a positive example. Only those who have the kingdom of God with simple belief (Trust) received by a child, really experience what it is like to belong to the Kingdom of God.

When Jesus was on his way again, a man came running, dropped to his knees in front of him and asked, "Good Master, what must I do to get eternal life?" Why do you call me good, Jesus replied "Good is only God, no one else. You know the commandments: Thou shalt not commit murder, Thou shalt not break the marriage, Thou shalt not steal, Thou shalt not make false statements, Thou shalt bring no one to his own, Honor thy father and mother! Master, replied the man, I have followed all these commandments since my youth. Jesus looked at him with love. He said to him, One thing is missing: Go, sell what you have, and give the proceeds to the poor and you will have a treasure in heaven. And then come and follow me! The man was deeply shocked when he heard that, and walked away sadly, for he had a great fortune.

Jesus looked at his disciples in turn and said: How difficult it is for people who have a lot to get into the kingdom of God! The disciples were dismayed by his words; but Jesus said again: children, how difficult it is to get into the kingdom of God! A camel is more likely to go through the eye of a needle than for a rich man to enter the kingdom of God. They were even more startled. Then who can be saved at all? They asked each other. Jesus looked at them and said: It is impossible for men, but not for God; anything is possible for God. Then Peter said to Jesus: You know we left everything behind and followed you. Jesus replied: I say to you: Anyone who leaves behind houses, brothers, sisters, mothers, fathers, children or fields for my sake and for the sake of the gospel will get everything back a hundred times: now, at this time, houses, brothers, sisters, mothers , Children and fields - albeit under persecution - and eternal life in the world to come. But many who are now the first will be the last, and the last will be the first " (Mark 10,17-31 New Geneva translation).

Here Jesus becomes very clear what the high price of the Kingdom of God is all about. The rich man who turned to Jesus had everything except what really matters: eternal life (life in the kingdom of God). Even though he wants to preserve this life, he is unwilling to pay the high price to own it. The same thing happens here as in the well-known story of the monkey who cannot pull his hand out of the trap because he is unwilling to let go of what is in his hand; so the rich man is not ready to let go of his fixation on material wealth.

Although he is clearly lovable and zealous; and undoubtedly morally upright, the rich man does not manage to face what it is for him (given his situation) will mean if he follows Jesus (what constitutes eternal life). So the rich man sadly leaves Jesus and we hear nothing more from him. He made his choice, at least for that time.

Jesus judges the situation of the man and tells his disciples that it is very difficult for a rich person to enter the kingdom of God. In fact, it is completely impossible without God's help! To make it very clear, Jesus uses a funny-looking proverb - rather, a camel goes through the eye of a needle!

Jesus also teaches that giving money to the poor and other sacrifices we make for the Kingdom of God pays off for us (forming a treasure) - but only in heaven, not here on earth. The more we give, the more we will receive. However, this does not mean that we get much more back for the money we donate to God's work, as taught by some groups preaching a health and prosperity gospel.

What Jesus teaches means spiritual rewards in the Kingdom of God (both now and in the future) will far surpass all the sacrifices we could make to follow Jesus, even if followers include times of need and persecution.

As he talks about these hardships, Jesus adds another announcement detailing his impending suffering:

"They were on the way up to Jerusalem; Jesus went ahead. The disciples were troubled, and the others who went with him were also afraid. He took the twelve aside again and told them what would happen to him." We're going up to Jerusalem now, he said. “There the Son of Man is put under the authority of the leading priests and scribes. They will condemn him to death and hand him over to the Gentiles who do not know God. They will mock him, spit on him, flog and finally kill him. But three days later he will rise again " (Mark 10,32-34 New Geneva translation).

Something in Jesus' behavior, but also in his words, amazes the disciples and frightens the crowd following them. Somehow they feel that a crisis is imminent and that is the case. Jesus' words are a haunting reminder of who ultimately pays the very high price for the Kingdom of God - and Jesus does this for us. Let's never forget that. He is the most generous of all and we are called to follow him to share in his generosity. What keeps us from being generous like Jesus? This is something we should think about and pray about.

The other disciples, no doubt as egocentric as James and John, resent their request. These positions of power and prestige probably also wished. Therefore Jesus once again patiently explains to them the totally different value of the Kingdom of God, where true greatness is shown in humble service.

Jesus himself is the prime example of this humility. He came to give his life as a suffering servant of God, as prophesied in Isaiah 53, as "a ransom for the many."

The section on our topic ends with Mark 10,46: 52, which describes how Jesus and his disciples move from Jericho to Jerusalem, where he will suffer and die. On the way they meet a blind man named Bartimaeus who calls on Jesus for mercy. Jesus responds by giving the blind man's eyesight and telling him "your faith has helped you". Thereupon Bartimaeus joins Jesus.

For one thing, this is a lesson on human belief that is imperfect and yet effective if persistent. Ultimately, it is about the persistent, perfect faith of Jesus.

At this point, the high price of the kingdom of God should be mentioned again: prayerful dependence, self-denial, faithfulness, generosity, humility and persevering faith. We experience the Kingdom of God as we accept and practice these qualities. Does that sound a bit scary? Yes, until we realize that these are qualities of Jesus Himself - qualities he shares through the Holy Spirit with those who trust him and follow him with confidence.

Our participation in life in the Kingdom of Jesus is never perfect, but when we follow Jesus, it "transfers" to us. That is the way of Christian succession. It's not about earning a place in the kingdom of God - we have that place in Jesus. It's not about earning God's favor - thanks to Jesus we have God's favor. It is crucial that we share in Jesus' love and life. He has all of these qualities fully and in abundance and is ready to share them with us, and that is exactly what he does through the service of the Holy Spirit. Dear friends and followers of Jesus, open your hearts and your whole life to Jesus. Follow him and receive from him! Come to the fullness of his kingdom.