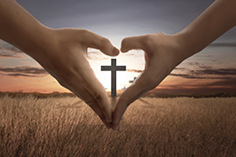 Israel's history can only be summed up with the word failure. God's relationship with the people of Israel is referred to in the books of Moses as a covenant, a relationship in which vows and promises are pronounced. However, as the Bible shows, there were numerous instances of the Israelites failing. They did not trust God and grumbled about God's actions. Their typical behavior of mistrust and disobedience pervades the whole history of Israel.

The faithfulness of God is the highlight in the history of the people of Israel. From this we draw great confidence today. Since God did not reject his people at the time, he will not reject us, even if we go through times of failure. Because of bad choices, we may experience pain and suffering, but we need not fear that God no longer loves us. He is always faithful.

During the time of the judges, Israel was constantly in a cycle of disobedience - oppression - repentance - liberation. After the death of the respective leader, the cycle started again. After several such procedures, the people asked the prophet Samuel for a king, a royal family, so that there would always be one descendant to lead the next generation. God explained to Samuel: «They did not reject you, but rejected me that I should no longer be king over them. They do to you, as they always did, from the day I took them out of Egypt to this day that they left me and served other gods » (1 Sam 8,7: 8). God was their invisible leader, but the people didn't trust him. Therefore, God gave them a person to serve as a mediator who, as a representative, could rule the people on his behalf.

Saul, the first king, was a failure because he did not trust God. Samuel then anointed David to the king. Although David was the worst person in his life, his desire was all about worshiping and serving God. After he was largely able to bring peace and prosperity, he offered to God to build a large temple in Jerusalem for him. This should be a symbol of permanence, not only for the nation, but also for their worship of the true God.

In a Hebrew play on words, God said: "No, David, you will not build a house for me. It will be the other way round: I will build a house for you, the house of David. It will be a kingdom that will last forever and one of your descendants will build the temple for me » (2. Sam 7,11-16, own summary). God use the covenant formula: "I want to be his father and he should be my son" (V 14). He promised that David's kingship would last forever (V 16).

But not even the temple was eternal. The kingdom of David was destroyed - religiously and militarily. What has become of God's promise? The promises to Israel were fulfilled in Jesus. He is at the center of God's relationship with his people. The security that the people sought could only be found in a person who exists permanently and is always faithful. The history of Israel points to greater things than Israel, yet it is also part of the history of Israel.

During the desert migration of the people of Israel, God lived in the tabernacle: «I moved around in a tent as an apartment» (2 Sam 7,6). Solomon's temple was built as the new abode of God and "the glory of the Lord filled the house of God" (2 Chr 5,14). This was to be understood symbolically, because the people knew that heaven and all heaven heaven could not grasp God (2 Chr 6,18).

God promised to dwell among the Israelites forever if they were obedient to him (1 Kings 6,12: 13). However, since they disobeyed him, he decided "that he would do them from his face" (2 Kings 24,3), ie he had them taken away to another country in captivity. But again God remained faithful and did not reject his people. He promised that he would not wipe out her name (2 Kings 14,27). They would come to repentance and seek proximity, even in a foreign country. God had promised them that if they turned back to him, he would bring them back to their country, which should also symbolically express the restoration of the relationship (Deuteronomy 5: 30,1-5; Nehemiah 1,8-9).

God promised David: "And I want to give my people Israel a place and I want to plant it so that it can live there, and it should no longer be afraid, and the violent should no longer rip it up as before" (1 Chr 17,9). This promise is astonishing since it appears in a book written after Israel's exile. The history of the people of Israel goes beyond their history - it is a promise that has yet to be fulfilled. The nation needed a leader who was descended from David and yet taller than David. They needed the presence of God, which would not only symbolize in a temple, but would be a reality for everyone. They needed a country where peace and prosperity would not only last, but change the world so that there would never be oppression again. Israel's history points to a future reality. But there was also a reality in ancient Israel. God had made a covenant with Israel and kept it faithfully. They were his people even when they were disobedient. Although many people have strayed from the right path, there have been many who have remained firm. Though they have died without seeing fulfillment, they will live again to see the leader, the land, and best of all, their Savior and to have eternal life in his presence.