Christ's light shines in the darkness 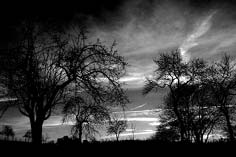 Last month, several GCI pastors attended hands-on evangelization training, called “Outside the Walls,” led by Heber Ticas, national coordinator of the Gospel Service for Grace Communion International. This was done in collaboration with Pathways of Grace, one of our communities near Dallas, Texas. The training started with lessons on Friday and continued on Saturday morning pastors met with church members to go door-to-door around the church meeting place and invite people from the local church to a fun children's day later in the day.

Two of our pastors knocked on a door and told the man of the house to represent the GCI community and then mentioned the fun Children's Day. The man told them that he does not believe in God because God does not eliminate the problems of the world. Instead of going on, the pastors talked with the man. They learned that he is a conspiracy theorist who believes that religion is the cause of many problems in the world. The man was surprised and astonished when the pastors told him to raise a reasonable point and point out that even Jesus was unenthusiastic about religion. The man replied that he was holding the questions and looking for answers.

When our pastors encouraged him to ask further questions, he was amazed. "No one has ever told me that before," he replied. A pastor said, "I think the way you ask questions enables you to get some real answers that only God can give." After about 35 minutes, the man apologized for being so gruff and defiant towards them and said, "He likes the way you, as GCI pastors, think about God." The conversation ended with one of our pastors assuring him: "The God I know and love loves you and wants to have a relationship with you. He's not too worried or worried about your conspiracy theories or hatred of religion. He will shake hands with you at the right time and you will understand that it is God. I think you will react accordingly. » The man looked at him and said, "This is cool. Thanks for listening and thanks for taking the time to speak to me. "

I share the opinion of this story from the event because it explains an important truth: people who live in darkness are positively influenced when the light of Christ is openly shared with them. The contrast of light and darkness is a metaphor that is often used in Scripture to represent the good (or knowledge) evil (or ignorance). Jesus used it to speak about judgment and sanctification: «People are judged because light came into the world, but they love darkness more than light. Because everything they do is evil. Whoever does evil shies away from the light and prefers to stay in the dark so that nobody can see his crimes. But whoever obeys God steps into the light. It then turns out that he lives his life according to God's will » (John 3,19: 21 hope for all).

The well-known saying: "It is better to light a candle than to curse the darkness" was first spoken publicly in 1961 by Peter Benenson. Peter Benenson was the British lawyer who founded Amnesty International. So a candle surrounded by barbed wire became the emblem of society (see picture on the right). In Romans 13,12 (HOPE FOR ALL) the apostle Paul said something similar: «Soon the night will be over and God's day will come. That is why we want to part with the dark works of the night and arm ourselves with the weapons of light instead. » This is exactly what our two pastors did for a man who lives in the dark when they went door to door in the neighborhood of the church meeting place in Dallas.

They practiced exactly what Jesus said to his disciples in Matthew 5: 14-16 Hope for All:
«You are the light that illuminates the world. A city high on the mountain cannot remain hidden. You don't light a lamp and then cover it. On the contrary: you set it up so that it gives light to everyone in the house. In the same way, your light should shine in front of everyone. They should recognize your father in heaven by your deeds and honor him too. » I think we sometimes underestimate our ability to influence the world for the better. We tend to forget how the influence of Christ's light on just one person can make a huge difference. Unfortunately, as shown in the cartoon above, some prefer to curse the darkness more than let the light shine. Some emphasize sin rather than sharing God's love and grace.

Although the darkness can overwhelm us sometimes, it can never overwhelm God. We must never tolerate the fear of evil in the world, for it causes us not to look at who Jesus is, what He has done for us, and commands us to do. Remember that he assures us that darkness can not overcome the light. Even if we feel like a very small candle, in the midst of pervading darkness, even a small candle still provides life-giving light and warmth. Even in a seemingly small way, we reflect the light of the world, Jesus. Even small options never remain without positive benefits.

Jesus is the light of the entire cosmos, not just the church. He takes away the sin of the world, not just from believers. In the power of the Holy Spirit, through Jesus the Father has brought us out of darkness into the light of a life-giving relationship with the Triune God who promises never to leave us. That's the good news (the gospel) in relation to every person on this planet. Jesus is in harmony with all people, whether they know it or not. The two pastors who were talking to the atheist made him aware that he is a beloved child of God, who sadly still lives in darkness. But instead of cursing the dark (or the man!), the pastors preferred to follow the guidance of the Holy Spirit to bring the good news to a world in darkness, in fulfillment of the Father's mission, together with Jesus. As children of light (1 Thessalonians 5, 5), they were ready to be carriers of light.

The event "In front of the walls" continued on Sunday. Some people in the local community responded positively to the invitations and visited our church. Although several came, the man with whom the two pastors spoke did not come. It is unlikely that he will appear in the church in the foreseeable future. But coming to church was not the purpose of the conversation. The man was given something to think about, so to speak a seed was planted in his mind and heart. Perhaps a relationship has been established between him and God that will hopefully continue. Because this man is a child of God, we are certain that God will continue to bring the light of Christ to him. Pathways of Grace is likely to share in what God does in this man's life.

Let each of us follow the spirit of Christ to share the light of God with others. As we grow in our deeper relationship with the Father, the Son and the Spirit, we glow ever brighter with the life-giving light of God. This applies to us as individuals as well as to the communities. I pray that our congregations in the sphere of influence “outside their walls” shine even brighter and let the spirit of their Christian life flow. Just as we include others in our body by offering God's love in every possible way, the darkness begins to disappear and our churches will reflect more and more of the light of Christ.

May the light of Christ shine with you,
Joseph Tkach

Christ's light shines in the darkness