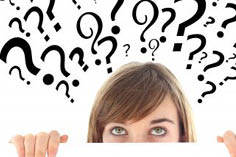 The World Church of God for short called WKG, English «Worldwide Church of God» (known since April 3, 2009 in different areas of the world under the name "Grace Communion International"), was in 1934 in the USA as "Radio Church of God" by Herbert W. Armstrong (1892-1986) founded. As a former advertising specialist and ordained preacher of the Church of God of the Seventh Day, Armstrong was a pioneer in preaching the gospel via radio and from 1968 on “The World Tomorrow” television stations («The world of tomorrow»). "The Plain Truth" Magazine, also founded by Armstrong in 1934, was also published in German from 1961. First as "The Pure Truth" and from 1973 as "Clear & True". In 1968 the first community in German-speaking Switzerland was founded in Zurich, a short time later in Basel. In January 1986, Armstrong appointed Joseph W. Tkach as deputy general pastor. After Armstrong's death (1986) slow changes began to emerge under Tkach Senior until the famous Christmas sermon in 1994, in which Tkach declared that the church was no longer under the old, but under the new covenant. The resulting dramatic changes, which since 1998 have also led to a restructuring of the entire church and a critical revision of all previous textbooks, have transformed the previous fundamentalist-minded end-time community into a "normal" Evangelical Free Church.

Jesus Christ changes lives. It can also change an organization. This is the story of how God is God's Worldwide Church (WKG) from a strongly Old Testament-oriented church to an evangelical church. Today is the son of Tkach sen. Dr. Joseph W. Tkach, Jr. General pastor of the Church of approximately 42.000 members in approximately 90 countries around the world. In Switzerland, the Worldwide Church of God has been part of the Swiss Evangelical Alliance since 2003 (SEA).

The story includes both pain and joy. Thousands of members left the church. But thousands are filled with joy and renewed zeal for their Savior and Savior Jesus Christ. We now embrace and champion the central theme of the New Covenant, Jesus: The Life, Death, and Resurrection of Jesus Christ. Jesus' saving work for humanity is the center of our lives.

Our new understanding of God can be summarized as follows:

We believe that through this comprehensive renewal of our faith, we can perform a precious service of love to lead people to Jesus and accompany them along this path.