Jesus: Only a myth? 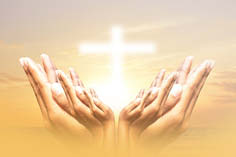 The Advent and Christmas season is a reflective time. A time of reflection on Jesus and his incarnation, a time of joy, hope and promise. People around the world are announcing their birth. A carol after the other sounds over the air. In the churches, the festival is solemnly celebrated with nativity plays, cantatas and choral singing. It is the time of year that one would think the whole world would know the truth about Jesus, the Messiah.

But unfortunately many do not understand the full meaning of the Christmas season and they celebrate the festival only because of the associated festive mood. They miss so much because they either do not know Jesus or adhere to the lie that he is just a myth - a claim that holds since the dawn of Christianity.

It is common at this time of the year that journalistic articles state: "Jesus is a myth", and typically the remark is made that the Bible is untrustworthy as a historical testimony. But these claims do not take into account that she can look back on a much longer past than many "reliable" sources. Historians often quote Herodotus' writings as trustworthy testimonials. However, there are only eight known copies of his remarks, the most recent of which date back to 900 - about 1.300 years after his time.

They contrast this with the "degraded" New Testament, which was written shortly after Jesus' death and resurrection. His earliest record (a fragment of the Gospel of John) dates back to between 125 and 130. There are more than 5.800 complete or fragmentary copies of the New Testament in Greek, about 10.000 in Latin, and 9.300 in other languages. I would like to present three well-known quotes that emphasize the authenticity of the portrayals of Jesus' life.

The first goes back to the Jewish historian Flavius ​​Josephus from the 1st century: around this time Jesus, a wise man, lived [...]. In fact, he was the accomplice of very incredible deeds and the teacher of all people who joyfully accepted the truth. So he attracted many Jews and also many pagans. He was the Christ. And although Pilate, at the instigation of the noblest of our people, sentenced him to death on the cross, his former followers were not unfaithful to him. [...] And to this day the people of the Christians who call themselves after him continue to exist. Antiquitates Judaicae, Jewish antiquities, Heinrich Clementz (Transl.)].

FF Bruce, who translated the original Latin text into English, stated that "the historicity of Christ is as indisputable for an impartial historian as Julius Caesar."
The second quote goes back to the Roman historian Carius Cornelius Tacitus, who also wrote his writings in the first century. Regarding the allegations that Nero burnt down Rome and afterwards blamed the Christians, he wrote:

The third quote is from Gaius Suetonius Tranquillus, the official historian of Rome during the reign of Trajan and Hadrian. In a work written in 125 on the life of the first twelve Caesars, he wrote about Claudius, who ruled from 41 to 54:

Suetonius 'statement refers to the expansion of Christianity in Rome before 54, just two decades after Jesus' death. In examining this and other references, the British New Testament I. Howard Marshall concludes: «It is not possible to explain the emergence of the Christian Church or the Gospel Scriptures and the underlying tradition flow without recognizing at the same time that the founder of Christianity actually lived."

Although other scientists question the authenticity of the first two quotes and some even consider them to be falsified by Christian hands, these references are based on solid ground. I am pleased to hear a comment from historian Michael Grant in his book Jesus: An Historian's Review of the Gospels expressed: «If we apply the same criteria to the New Testament as to other ancient scriptures that contain historical material - what we should do - we can do it Do not deny the existence of Jesus any more than that of a number of pagan people whose real existence as figures in contemporary history has never been questioned. »

Although skeptics are quick to reject what they don't want to believe, there are exceptions. The theologian John Shelby Spong, known as skeptical and liberal, wrote in Jesus for the Non-Religious (Eng .: Jesus for non-religious): «First of all, Jesus was a person who actually lived in a certain place at a certain time. The human being Jesus was not a myth, but a historical figure from whom an enormous energy emanated - an energy that still requires an adequate explanation today. »
Even as an atheist, CS Lewis considered the depictions of the New Testament about Jesus to be mere legends. But after he had read them himself and compared them to the real old legends and myths he knew, he clearly recognized that these writings had nothing in common with them. Rather, they resembled in their form and format memories, which reflect the daily life of a real person. After he realized that, a belief barrier had fallen. From then on, Lewis no longer had a problem believing the historical reality of Jesus to be true.

Many skeptics argue that Albert Einstein did not believe in Jesus as an atheist. Although he did not believe in a "personal God", he was careful not to declare war on those who did so; because: "Such a belief seems to me more excellent than the absence of any transcendental view." Max Jammer, Einstein and Religion: Physics and Theology; German: Einstein and religion: physics and theology) Einstein, who grew up as a Jew, admitted to being “enthusiastic about the light figure of the Nazarene”. When asked by a conversation partner whether he recognized the historical existence of Jesus, he replied: «Without question. No one can read the gospels without feeling the real presence of Jesus. His personality resonates in every word. No myth is filled with such a life. For example, how different is the impression we get from a story by a legendary ancient hero like Theseus. Theseus and other heroes of this format lack the authentic vitality of Jesus. » (George Sylvester Viereck, The Saturday Evening Post, October 26, 1929, What Life Means to Einstein: An Interview; Eng .: Einstein Life means: An Interview)

I could go on like this, but, as Roman Catholic scientist Raymond Brown rightly noted, focusing on whether Jesus is a myth makes many lose sight of the true meaning of the gospel. In The Birth of the Messiah Brown mentions that he is often addressed around Christmas by those who want to write an article about the historicity of Jesus' birth. "With little success, I try to convince them that they could help understanding the stories about the birth of Jesus by focusing on their message rather than on a question that was far from the foreground for the evangelists . »
If we focus on spreading the story of Christmas, the birth of Jesus Christ, rather than trying to convince people that Jesus was not a myth, we are living proof of Jesus' reality. That living proof is the life that he now leads in us and our community. The purpose of the Bible is not to prove the historical correctness of the Incarnation of Jesus, but to share with others why He came and what His coming means to us. The Holy Spirit uses the Bible to actually bring us into contact with the incarnate and risen Lord who draws us towards us so that we can believe in him and honor the Father through him. Jesus came into the world as proof of God's love for each and every one of us (1 John 4,10). Below are some more reasons for his coming:

This month we celebrate the truth that God came into our world through Jesus. It is good to remind ourselves that not everyone knows this truth, and we are called upon to do so (asked) to share this with others. Jesus is more than a figure in contemporary history - he is the Son of God who came to reconcile everyone with the Father in the Holy Spirit.

This makes this time a time of joy, hope and promise.

Jesus: Only a myth?