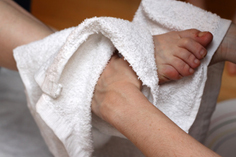 "They didn't ordain me, so I'm leaving the church," Jason complained with a bitterness in his voice that I had never seen before. "I've done so much for this community - I've done Bible studies, visited the sick, and why on earth did they calculate ... ordained? His sermons are to fall asleep, his Bible knowledge is poor and he is also unfriendly! » Jason's resentment surprised me, but it showed something far more serious on the surface - his pride.

The kind of pride that God hates (Proverbs 6,16: 17-3,34) is overestimating yourself and depreciating others. In Proverbs, King Solomon points out that God "mocks the mockers". God opposes those whose way of life causes them to deliberately refrain from relying on God's help. We all struggle with pride, which is often so subtle that we don't even notice the effect. "But," continues Solomon, "he will give grace to the humble." We have a choice. We can let our thoughts and behavior be guided by pride or humility. What is humility and what is the key to humility? Where to start? How can we choose humility and get everything God wants to give us?

Multiple entrepreneur and writer Steven K. Scott tells the story of a multi-million dollar entrepreneur with thousands of employees. Though he had everything money could buy, he was unhappy, bitter, and quick-tempered. His employees, even his family, found him obnoxious. His wife could no longer bear his aggressive behavior and asked her pastor to speak to him. The pastor listened to the man's speeches about his accomplishments and quickly realized that pride governed this man's heart and mind. He claimed to have built his company out of nothing all by himself. He would have worked hard to get his university degree. He boasted that he had done everything himself and that he didn't owe anything to anyone. The pastor then asked him: «Who changed your diapers? Who fed you as a baby? Who taught you to read and write? Who gave you the jobs that enabled you to complete your studies? Who serves you the food in the canteen? Who cleans the toilets in your company? » Entered, the man bowed his head. A few moments later he confessed with tears in his eyes: «Now that I think about it, I see that I have not been able to do all of this on my own. Without the kindness and support of others, I probably wouldn't have accomplished anything. The pastor asked him: "Don't you think that they deserve a little gratitude?"

The man's heart has changed, apparently from one day to the next. In the following months he wrote letters of thanks to each of his employees and to all those who, as far as he could remember, had contributed to his life. Not only did he feel a deep sense of gratitude, but he treated everyone around him with respect and appreciation. Within a year, he had become a different person. Joy and peace had replaced anger and turmoil in his heart. He looked years younger. His employees liked him because he treated them with respect and respect, which, thanks to true humility, was now evoked.

Creatures of God's Initiative This story shows us the key to humility. Just as the entrepreneur understood that he could not achieve anything without the help of others, we should understand that humility begins with the insight that we cannot do anything without God. We had no influence on our entry into existence and we cannot boast or claim to have done anything good on our own. We are creatures thanks to God's initiative. We were sinners, but God took the initiative, approached us and introduced us to his indescribable love (1 John 4,19). We can't do anything without him. All we can do is say "thank you" and rest in truth as called in Jesus Christ - accepted, forgiven and unconditionally loved.

Another way to measure size Let's ask ourselves: "How can I be humble"? Proverbs 3,34 was so true and timely nearly 1000 years after Solomon wrote his wise words that the apostles John and Peter used it in their teachings. In his letter, which is often about submission and service, Paul writes: «You should all ... dress with humility [girdle]» (1 Peter 5,5; Schlachter 2000). With this metaphor, Peter uses the image of a servant who puts on a special apron and thus shows his willingness to serve. Peter said, "Be ready to serve each other humbly." No doubt Peter was thinking of the last supper when Jesus put on an apron and washed the feet of the disciples (John 13,4: 17). The term "girdle" used by John is the same one that Peter used. Jesus took the apron and made himself the servant of all. He knelt down and washed their feet. In doing so, he introduced a new way of life in which size is measured by how much we serve others. Proudly looks down on others and says "Serve me!", Humility bows before others and says "How can I serve you?" It is the opposite of what is happening in the world where you are asked to manipulate, to excel and to put yourself in a better light before others. We worship a humble God who kneels before His creatures to serve them. That’s amazing!

"Do as I have done you" Being humble does not mean that we think inferior of ourselves or have a low opinion of our talents and character. It is certainly not about presenting yourself as nothing and nobody. Because that would be a twisted pride aiming to be praised for being humble! Humility has nothing to do with defending, wanting to have the last word, or taking others down to demonstrate its superiority. We are proud to inflate ourselves so that we feel independent of God, consider ourselves more important and lose sight of Him. Humility causes us to be subject to God and recognize that we are totally dependent on him. This means that we do not look at ourselves, but turn completely towards God, who loves us and looks at us better than we can.

After washing his disciples' feet, Jesus said, "Do as I have done for you." He did not say that the only way to serve was to wash others' feet, but gave them an example of how to live. Humility is constantly and consciously looking for ways to serve. It helps us to accept the reality, which is that thanks to God's grace, we are His vessels, His bearers and representatives in the world. Mother Teresa was an example of "active humility". She said that she saw the face of Jesus on the faces of everyone she helped. We may not be called to be the next Mother Teresa, but we should just be more concerned with the needs of our fellow human beings. Whenever we are tempted to take ourselves too seriously, it is advisable to recall the words of Archbishop Helder Camara: «When I appear in public and a large audience applauds and cheers, I turn to Christ and just tell him: Lord, this is your triumphal entry into Jerusalem! I am just the little donkey you ride ».