Psalm 8: Lord of the Hopeless 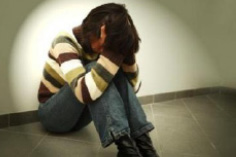 Obviously persecuted by enemies and filled with a feeling of hopelessness, David found new courage by recalling who God is: «The sublime, almighty Lord of Creation, who takes care of the powerless and oppressed to work through them without restriction ».

«A psalm of David to sing on the Gittit. Lord, our ruler, how glorious is your name in all the countries, you show your majesty in heaven! From the mouths of young children and infants you have given power for the sake of your enemies that you destroy the enemy and the greedy for revenge. When I see the sky, your finger work, the moon and the stars that you have prepared: what is man that you remember him, and man child that you take care of him? You made him a little lower than God, you crowned him with honor and glory. You have made him master over your hands, you have done everything under his feet: sheep and cattle all the time, also the wild animals, the birds under the sky and the fish in the sea and everything that runs through the seas. Lord, our ruler, how wonderful your name is in all countries! » (Psalm 8,1: 10). Let us now consider this psalm line by line. The glory of the Lord: "Lord, our ruler, how glorious is your name in every country, to whom you show your majesty in heaven"! (Psalm 8,2)

At the beginning and end of this psalm (Vv. 2 and 10) are the words of David, with which he expresses how glorious God's name is - his splendor and glory, which extends far beyond his entire creation (which also includes the enemies of the psalmist!). The choice of words "Lord, our ruler" makes this clear. The first mention of "Lord" means YHWH or Yahweh, the proper name of God. “Our ruler” means Adonai, ie the sovereign or master. Taken together, this results in the image of a personal, caring God, who is responsible for absolute rule over his creation. Yes, he sits enthroned (in highness) in heaven. This is the God whom David speaks to and whom he invokes when, as in the rest of the Psalm, he puts forward his statutes and expresses his hope.

The strength of the Lord: «From the mouth of the young children and infants you have given power for the sake of your enemies that you destroy the enemy and the greedy for revenge» (Psalm 8,3).

David is surprised that God, the Lord, is taking advantage of the "miserable" strength of children (Strength better reflects the Hebrew word translated with power in the New Testament) in order to destroy or to put an end to the enemy and the greedy for revenge. It is about the Lord putting his incomparable strength on a safe footing by using these helpless children and infants. Should we, however, understand these explanations literally? Are God's Enemies Silenced By Children? Perhaps, but more likely, David leads small, weak and powerless beings with children in the figurative sense. He is faced with an overwhelming (Over) power undoubtedly became aware of his own powerlessness, and so it is a consolation to him to know that the Lord, the mighty creator and ruler, uses the powerless and oppressed for his work.

The Lord's creation: "When I see the heavens, your finger work, the moon and the stars that you have prepared: what is man that you think of him and man's child that you take care of him?" (Psalm 8,4: 9).

David's thoughts now turn to the overwhelming truth that the Lord, Almighty God, in his grace, left part of his realm to man. First of all, he goes to the great creative work (including sky ... moon and ... stars) as the work of God's finger and then expresses his astonishment that finite man (the Hebrew word is enos and means mortal, weak person) is given so much responsibility. The rhetorical questions in verse 5 emphasize that man is an insignificant creature in the universe (Psalm 144,4). And yet God takes great care of him. You made him a little lower than God, you crowned him with honor and glory.

God's creation of man is represented as a powerful, worthy work; for man was made a little lower than God. The Hebrew Elohim is reproduced in the Elberfeld Bible with "angel", but perhaps the translation with "God" should be preferred here. The point here is that man was created on earth as God's very own governor; placed above the rest of creation, but lower than God. David was amazed that the Almighty assigned finite man such a place of honor. This Psalm is quoted in Hebrews 2,6: 8 to contrast man's failure with his sublime fate. But not everything is lost yet: Jesus Christ, the Son of Man, is the last Adam (1 Corinthians 15,45:47,), and everything is subordinate to him. A state that will fully become reality when he returns physically to earth in order to prepare the way for a new heaven and a new earth and thus to complete the plan of God the Father, the people and all the rest of creation to increase (glorify).

You have made him master over your hands. Everything you have done under his feet: sheep and cattle all together, as well as the wild beasts, the birds under the sky and the fish in the sea and everything that runs through the oceans.

At this point David goes into the position of men as God's governor (Steward) within his creation. After the Almighty created Adam and Eve, he commanded them to rule over the earth (Genesis 1:1,28). All living things should be subject to them. But because of sin, this rule was never fully realized. Tragically, the irony of fate was that it was precisely a subordinate creature, the serpent, that caused them to rise up against God's command and reject the destiny they intended. The glory of the Lord: "Lord, our ruler, how glorious is your name in every country!" (Psalm 8,10).

The psalm ends as it began - in praise of God's glorious name. Yes, and indeed the glory of the Lord is revealed in his care and providence, with which he considers man in his finiteness and weakness.

As we know, David's knowledge of God's love and care towards people finds its full realization in the person and in the work of Jesus in the New Testament. There we learn that Jesus is the Lord who is currently in charge (Ephesians 1,22:2,5; Hebrews 9). A reign that will flourish in the future world (1 Corinthians 15,27). How comforting and hopeful it is to know that, despite our misery and impotence (tiny compared to the immeasurable vastness of the universe) are accepted by our Lord and Lord to share in his glory, his sovereignty over all creation.

Psalm 8: Lord of the Hopeless