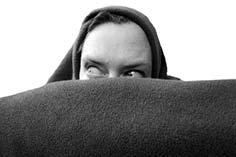 Everyone who knows me knows that I am a great admirer of the cult figure of Sherlock Holmes. I own more Holmes fan merchandise than I would like to admit to myself. Many times I have visited the Sherlock Holmes Museum on 221b Baker Street in London. And of course I like watching the many films that were filmed about this interesting character. Expectantly, I am particularly excited about the new episodes of the latest BBC production, in which the movie star Benedict Cumberbatch plays the role of the famous detective, a novel character by the writer Sir Arthur Conan Doyle.

The first story of the extensive novel episode was published in the year 1887. That is, for almost 130 years, there is - Sherlock Holmes - the master detective for the most difficult cases. Even if you have not seen the TV series and have not read any of Sir Arthur Conan Doyle's books, I bet you still know one or two details about Sherlock Holmes. Most likely, you know that he is a detective and solves mysterious cases through brilliantly applied deductive methodology. Of course, you also know his friend Dr. Watson, who helps him in many cases and often takes over the role of the chronicler. You may even think of his classic pipe and hunting cap.

It seems to me that there are constantly new radio, film or TV productions with Sherlock Holmes. Over the long history of this character role, many actors have shaped our imagination about this fascinating personality. The role of Sherlock was played by actors such as Robert Downey Jr., Jeremy Brett, Peter Cushing, Orson Welles, Basil Rathbone and many others. Each embodiment offered a slight modification, a new perspective that provides us with a broader understanding of the person of Sherlock Holmes.

It reminds me of something we see in the Bible too - it's called the Gospel Harmony. The Bible contains four gospels. Each written by a different author - Matthäus, Markus, Lukas and Johannes. Jesus' life had changed completely because of Jesus (even with Luke, who never met him) and everyone wrote their report from close proximity to the events in Jesus' life. However, each of the four Gospel writers had their own focus, perspective, and even described different events that help us to illuminate the life of Jesus. However, the Gospels do not contain contradictory statements about our Lord, but each report complements the others, they underpin each other and harmonize with each other.

People can represent fundamentally different views about Jesus; some of them are completely mutually exclusive. But the truth overcomes such controversy. Karl Barth, a theologian from the 20. Century, known for his major work Church Dogmatic, examined the writings of Sherlock Holmes his cases - with a pipe in one hand and a pencil in the other hand. Barth turned to the Bible with the question: How can we understand God? He came to the conclusion that God has already given the answer - through Jesus Christ, the Word, who became man. Jesus is the true revelation of God. He is our brother, advocate, Lord and Savior - and through his incarnation, he has referred us to the Father, who offers us his love and grace.

Various actors have presented us with their portrait of the famous detective Sherlock Holmes, some have emphasized his analytical skills, others his wit, and yet others his cultivated behavior. Every version of the story, every performance, be it in the film or on the radio, helps us to perceive one or the other of Holmes' idiosyncrasies. There are many adaptations and versions, but all trace their origins back to the main character that Sir Arthur Conan Doyle created over 100 years ago. There are four gospels in the Bible and many other books that also focus on one person, Jesus, our Lord. Unlike the fictional Holmes, Jesus is a real person he lives. The various books have been written for us so that we can understand the different dimensions of his nature and his message.

When it comes to the message of Jesus, it's not like sitting back in my TV chair with a bag of popcorn in my hand and watching the latest Sherlock movie. For we are called to be more than just spectators. Since we should not sit back in the chair and just watch as the kingdom of God spreads. We are not required to reveal a secret, but to be a part of it! The secret of our salvation, the path that has been pointed out to us and leads to salvation, we want to go. Like a dr. Watson admires and testifies Christ's power from close range. We are actually so close to him because we are adopted children in God's family thanks to Jesus' work of salvation and the indwelling of His Spirit.

In the GCI / WKG we believe in one Lord, Jesus Christ, begotten by the Father before all time. We are grateful that God identifies various aspects of the biography of Jesus on earth through the four writers of the Gospels. God sent Jesus and also gave us the inspired scripture through which we can learn all that is important about his life, his death, his resurrection, and his wonderful reign. As Christians, we are not called to passive contemplation, but are involved in the proclamation of the good news of the person of Jesus throughout the world, including in the events.

We celebrate the way, the truth and the life,