The first should be the last! 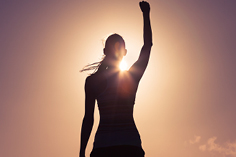 When we read the Bible, we struggle to understand everything that Jesus said. One statement that occurs again and again can be read in the Gospel of Matthew: "But many who are the first will be the last and the last will be the first" (Matthew 19,30).

Jesus apparently tries again and again to disturb the order of society, to lift the status quo and makes controversial statements. The first century Jews in Palestine were very familiar with the Bible. The would-be students came back from their encounter with Jesus, confused and angry. Somehow the words of Jesus didn't match for them. The rabbis of that time were well respected for their wealth, which was considered a blessing from God. These were among the "first" on the social and religious ladder.

On another occasion, Jesus said to his listeners: "There will be weeping and gnashing of teeth when you see Abraham, Isaac and Jacob and all the prophets in the kingdom of God, but push yourself out! And they will come from the east and from the west, from the north and from the south, and sit at the table in the kingdom of God. And behold, they are the last, they will be the first; and they are first, they will be last » (Luke 13, 28-30 butcher Bible).

Mary, Jesus' mother, inspired by the Holy Spirit, said to her cousin Elisabeth: «With a strong arm he has demonstrated his power; he has scattered them in all the winds, whose disposition is proud and haughty. He has overthrown the mighty and raised the low » (Luke 1,51-52 New Geneva translation). Perhaps there is an indication here that pride is on the list of sins and that God is an abomination (Proverbs 6,16: 19).

In the first century of the Church, the apostle Paul confirmed this reverse order. In social, political and religious terms, Paul was one of the "first". He was a Roman citizen with the privilege of an impressive lineage. "I was circumcised on the eighth day, from the people of Israel, from the tribe of Benjamin, a Hebrew from Hebrews, a Pharisee by law" (Philippians 3,5).

Paul was called to the service of Christ at a time when the other apostles were already experienced preachers. He wrote to the Corinthians and quoted the prophet Isaiah: "I want to destroy the wisdom of the wise, and I reject the understanding of the wise ... But what is foolish before the world has been chosen by God so that he can shame the wise ; and what is weak in front of the world, God chose to put to shame what is strong (1 Corinthians 1,19:27 and).

Paul tells the same people that the resurrected Christ appeared to him "lastly as an untimely birth" after he appeared to Peter, 500 brothers on another occasion, then James and all the apostles. Another clue? Will the weak and foolish shame the wise and strong?

God often intervened directly in the course of Israel's history and reversed the expected order. Esau was the firstborn, but Jacob inherited the birthright. Ishmael was Abraham's firstborn son, but Isaac's birthright was given. When Jacob blessed the two sons of Joseph, he put his hands on the younger son Ephraim and not on Manasseh. Israel's first king Saul failed to obey God as he ruled the people. God chose David, one of the sons of Jesse. David was looking after the sheep outside in the fields and had to be called in to take part in his anointing. As the youngest, he was not considered a worthy candidate for this position. Here too, a "man after God's own heart" was chosen before all other more important brothers.

Jesus had a lot to say about the law teachers and the Pharisees. Almost all of Chapter 23 of the Gospel of Matthew addresses them. They loved the best seats in the synagogue, they were happy to be greeted in the marketplaces, the men called them rabbi. They did everything for public approval. A significant change was soon to emerge. "Jerusalem, Jerusalem ... How many times have I wanted to gather your children together, like a hen gathering its chicks under its wings; and you didn't want to! Your house should be left deserted » (Matthew 23,37: 38).

What does it mean: "He has overthrown the mighty and raised the low?" Whatever blessings and gifts we have received from God, there is no reason to boast of ourselves! Pride marked the beginning of Satan's downfall and is deadly to us humans. As soon as he gets a grip on us, it changes our entire perspective and attitude.

The Pharisees who listened to him accused Jesus of driving out demons in the name of Beelzebub, the demon prince. Jesus makes an interesting statement: «And whoever speaks something against the Son of Man will be forgiven; but whoever speaks something against the Holy Spirit will not be forgiven, neither in this nor in the future world » (Matthew 12,32).

This looks like a final judgment against the Pharisees. They were witnesses to so many wonders. They turned away from Jesus, though he was true and wondrous. As a last resort, they asked him for a sign. Was that the sin against the Holy Spirit? Is forgiveness still possible for her? Despite her pride and hardheartedness, she loves Jesus and wants her to repent.

As always, there were exceptions. Nicodemus came to Jesus at night, wanted to understand more, but was afraid of the Sanhedrin, the high council (John 3,1). He later accompanied Joseph of Arimithea when he placed Jesus' body in the grave. Gamaliel warned the Pharisees against going against the apostles' sermon (Acts 5,34).

Excluded from the kingdom?

In Revelation 20,11 we read of a judgment before a Great White Throne, with Jesus judging the "rest of the dead". Could it be that these prominent teachers of Israel, the "first" of their society at the time, finally Jesus, whom they crucified, can see who he really was? This is a far better "sign"!

At the same time, they themselves are excluded from the kingdom. They see the people from the east and from the west whom they have looked down on. People who never had the advantage of knowing Scripture are now sitting at the great festival in the Kingdom of God (Luke 13,29). What could be more humiliating?

There is the famous "Field of the Dead Bones" in Ezekiel 37. God gives the prophet a terrifying vision. The dry bones collect with a "rattling noise" and become people. God tells the Prophet that these bones are the whole house of Israel (including the Pharisees).

Why does God place many who are first among the last, and why do the last become the first? We know that God loves everyone - the first, the last and all that are in between. He wants a relationship with all of us. The invaluable gift of repentance can only be given to those who humbly accept God's wonderful grace and perfect will.

The first should be the last!