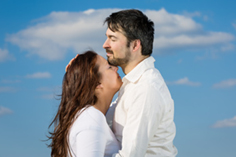 In the 2nd century AD, Marcion made the proposal, the Old Testament (AT) to abolish. He had his own version of the New Testament (NT) compiled with the help of the Gospel of Luke and some Paul letters, but removed all quotations from the OT because he believed that the god of the AT had no great meaning; he was only the tribal god of Israel. Marcion was expelled from the church community for spreading this view. The early church then began to assemble its own canon of scriptures, consisting of the four Gospels and all Pauline letters. The Church also adhered to the OT as part of the Bible, firmly believing that its content helps us understand who Jesus was and what He did for our salvation.

For many, the Old Testament is quite confusing - so unlike the NT. The long history and the many wars do not seem to have much to do with Jesus or the Christian life of our time. On the one hand there are the commandments and statutes to be observed in the OT and on the other hand it seems that Jesus and Paul completely deviate from it. On the one hand we read about ancient Judaism and on the other hand it is about Christianity.

There are communities of faith that take the OT more important than other communities; they keep the Sabbath as the "seventh day", observe the Israeli diet and even celebrate some of the Jewish annual festivals. Other Christians do not read the Old Testament at all and rather correspond to the Marcion mentioned at the beginning. Some Christians are even anti-Semitic. Unfortunately, when the National Socialists ruled in Germany, this attitude was supported by churches. This was also shown in the aversion to the AT and the Jews.

Nevertheless, the Old Testament scriptures contain statements about Jesus Christ (John 5,39:24,27; Luke) and we do well to hear what they have to tell us. They also show what the higher purpose of human existence is and why Jesus came to save us. The Old and New Testaments testify that God wants to live with us. From the garden in Eden to the New Jerusalem - God's goal is that we live in harmony with him.

In the garden of Eden

Genesis 1 describes how an almighty God created the universe by simply naming things. God said: "It will and it happened". He gave the order and it just happened. In contrast, Chapter 2 of Genesis 1 tells of a god who got his hands dirty. He enters his creation and forms a person out of earth, plants trees in the garden and designed a companion for the man.

None of the transcript gives us a complete picture of what is happening, but different aspects of one and the same God can be seen. Although he had the power to do everything through his word, he decided to intervene personally in the creation of the people. He talked to Adam, brought the animals to him and arranged everything so that it would be a pleasure for him to have a companion around him.

Although the third chapter of Genesis 3 reports a tragic development, it also shows more of God's longing for people. After people sinned for the first time, God went through the garden as usual (Genesis 1:3,8). Almighty God had taken the form of a human and you could hear his footsteps. He could have just appeared out of nowhere if he wanted to, but he had chosen to meet the man and woman in a human way. Obviously, she wasn't surprised; God will have walked through the garden with them many times and spoken to them.

So far, they knew no fear, but now she overcame the fear and they hid. Although they avoided the relationship with God, God did not. He could have retired angrily, but he did not give up his creatures. There were no twitching flashes of thunder or else an expression of divine wrath.

God asked the man and woman what had happened and they answered. He then explained to them what consequences they would now have to bear from their actions. Then he took care of clothes (Genesis 1:3,21) and made sure that they didn't have to stay in their state of alienation and shame forever (Genesis 1-3,22). The first book of Moses tells us about God's conversations with Cain, Noah, Abram, Hagar, Abimelech and others. The promise God made to Abraham is particularly important to us: "I want to establish my covenant between me and you and your descendants from gender to gender that it is an eternal covenant" (Genesis 1-17,1). God promised that he would have a permanent relationship with his people.

The election of a people

Many know the basics of the story of the exodus of the people of Israel from Egypt: God called Moses, brought plagues over Egypt, led Israel through the Red Sea to Mount Sinai and gave them the Ten Commandments there. We often overlook why God did all of this. God said to Moses: "I will take you to my people and I will be your God" (Genesis 2:6,7). God wanted to establish a personal relationship. At that time, personal contracts such as marriages were concluded with the words, "You will be my wife and I will be your husband". Adoptions (usually for inheritance purposes) were sealed with the words, "You will be my son and I will be your father." When Moses spoke to Pharaoh, he quoted God as saying: "Israel is my firstborn son; and I command you to let my son go to serve me ” (Genesis 2-4,22). The people of Israel were his children - his family - equipped with vomit.

God offered his people a covenant that allowed them direct access (Exodus 2: 19,5-6) - but the people asked Moses: «Talk to us, we want to hear; but don't let God talk to us, otherwise we could die » (Genesis 2:20,19). Like Adam and Eve, she was overcome by fear. Moses climbed the mountain to get more instructions from God (Genesis 2:24,19). Then there are various chapters on the tabernacle, its furnishings and the rules of worship. Over all these details, we shouldn't overlook the purpose of the whole: "They should make me a sanctuary that I live among them" (Genesis 2:25,8).

Starting with the Garden of Eden, the promises to Abraham, the election of a people from slavery and even forever, God wants to live in communion with his people. The tabernacle was the place where God lived and had access to his people. God said to Moses: "I will dwell among the Israelites and be their God, that they may know that I am the LORD their God, who brought them out of the land of Egypt, so that I may live among them." (Genesis 2-29,45).

When God gave guidance to Joshua, he told Moses what to say to him: "The LORD your God will go with you and will not take your hand off or leave you." (Genesis 5: 31,6-8). This promise also applies to us today (Hebrews 13,5). This is the reason why God created people right from the start and sent Jesus to our salvation: We are His people. He wants to live with us.