Lazarus and the rich man - a story of unbelief 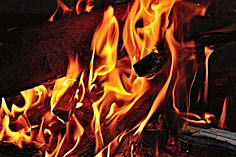 Have you ever heard that those who die as infidels can no longer be reached by God? It is a cruel and destructive doctrine, the proof of which is a single verse in the parable of the rich man and poor Lazarus. Like all biblical passages, this parable also stands in a specific context and can only be understood correctly in this context. It is always bad to base a doctrine on a single verse - even more so if it is in a story whose core message is completely different. Jesus related the parable of the rich man and poor Lazarus for two reasons: first, to denounce the refusal of the faith leaders of Israel to believe in him, and, secondly, to refute the widespread assumption that wealth is a sign of God's goodwill, while poverty is proof of his disgrace.

The parable of the rich man and poor Lazarus is the last in a series of five others that Jesus told a group of Pharisees and scribes who, greedy and complacent as they were, had taken the initiative that Jesus also cared for sinners and had a meal with them (Luke 15,1 and 16,14). Before that, he had already told the parable of the lost sheep, that of the lost dime and that of the lost son. In doing so, Jesus wanted to make it clear to tax collectors and sinners, as well as the resentful Pharisees and scribes who thought they had no reason to repent, that in heaven in God there is more joy in a sinner who starts a new life than over ninety-nine others who don't need it (Luke 15,7 Good News Bible). But that is not all.

With the parable of the dishonest administrator, Jesus comes to the fourth story (Luke 16,1: 14). Their main message is: If you love money like the Pharisees, you will not love God. Turning specifically to the Pharisees, Jesus said: It is you who justify yourself before men; but God knows your hearts; for what is high among men is an abomination before God (V.15).

The law and the prophets testify - so the words of Jesus - that the kingdom of God has entered and everyone pushes in with violence (Vv. 16-17). His message is: Since you appreciate so much what people value and not what God likes, you reject his call - and thus the chance - to find his way into Jesus' kingdom through Jesus. In a figurative sense, verse 18 expresses that the Jewish faith leaders had renounced the law and the prophets who referred to Jesus and thus also turned away from God (cf. Jeremiah 3,6). In verse 19, embedded in the previous four parables, the story of the rich man and poor Lazarus begins, as Jesus told it.

A story of unbelief

There are three main characters in the story: the rich man (who stands for the greedy Pharisees), poor beggar Lazarus (reflecting the social class despised by the Pharisees) and finally Abraham (whose lap in Jewish symbolized as much as comfort and peace in the hereafter).

The story tells of the beggar's death. But Jesus surprised his listeners with the words: ... he was carried by the angels in Abraham's lap (V.22). This was exactly the opposite of what the Pharisees would have assumed from a man like Lazarus, that people like him were poor and sick because they were damned by God and consequently nothing else but their torments after their death hell would have expected. But Jesus is teaching them better. Your point of view is just wrong. They knew nothing about his father's kingdom and were mistaken not only in terms of God's judgment of the beggar, but also in his judgment of them.

Then Jesus brings the surprise: When the rich man died and was buried, he - and not the beggar - would have faced the torments of hell. So he looked up and saw Abraham in the distance, with Lazarus himself at his side. And he cried: Father Abraham, have mercy on me and send Lazarus to dip the tip of his finger in the water and to cool my tongue; because I suffer pain in these flames (Vv. 23-24).

But Abraham basically stated the following to the rich man: You have loved wealth all your life and have not spared time for people like Lazarus. But I have time for people like him, and now he is with me and you have nothing. - Then there is the verse that is so often taken out of context: And moreover, there is a great gap between us and you that nobody who wants to get over here from you can get there and neither can anyone over there from us (Luke 16,26).

Ever wondered why anyone would want to switch from here to here? Obviously, why would someone want to move from there to us, but to take the opposite path, does not make sense - or does it? Abraham turned to the rich man, addressing him with his son; then he said that not even those who wanted to come to him could do so because of the great gap. The revelation underlying this story is that there is indeed one who has overcome this gap for the sake of the sinner.

The bridge over the gap

God gave his son away for all sinners, not only for those like Lazarus, but also for those like the rich man (John 3,16: 17). The empire mentioned in the parable, who stood symbolically for the Pharisees and scribes condemning Jesus, rejected the Son of God. He sought what had always been the goal of his pursuit: personal well-being at the expense of others.

Jesus closed this story with the request of the rich man that someone should warn his brothers so that they would not experience the same thing as him. Abraham answered him, They have Moses and the prophets; they should hear them (V.29). Jesus had previously referred to this as well (see vv. 16-17) that the law and the prophets testified to him - a testimony that he and his brothers would not have accepted (see John 5,45-47 and Luke 24,44-47).

No, Father Abraham, the rich man replied that if one of the dead went to them, they would do penance (Luke 16,30). To which Abraham replied: If you do not hear Moses and the prophets, you will not be persuaded if someone rises from the dead (V.31).

And they were not convinced: The Pharisees, scribes and high priests who conspired to have Jesus crucified came to Pilate after his death and asked him what the resurrection lie was all about (Matthew 27,62: 66), and they followed those who professed faith, persecuted and killed them.

Jesus did not tell this parable in order to show us heaven and hell as clearly as possible. Rather, he turned against the religious leaders of the time who were closed to the faith and against hard-hearted and selfish rich people at all times. In order to clarify this, he used the usual Jewish language pictures to represent the hereafter (using the hell reserved for the ungodly and the righteous in the womb of Abraham). With this parable, he did not comment on the meaningfulness or accuracy of Jewish symbolism regarding the hereafter, but simply used that pictorial language to illustrate his story.

His main focus was certainly not to satisfy our burning curiosity about how it would be in heaven and hell. Rather, it is his concern that God's secret be revealed to us (Romans 16,25; Ephesians 1,9 etc.), the secret of earlier times (Ephesians 3,4: 5): that God in him, Jesus Christ, the flesh-born son of the Almighty Father, reconciled with the world from the beginning (2 Corinthians 5,19).

Therefore, if we are preoccupied with the possible details of the hereafter, this can only lead us further away from that very knowledge which was closed to the rich man in that story: We should and may believe in the one who returned from the dead.

Lazarus and the rich man