Prayer - much more than words 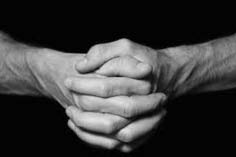 I assume that you have also experienced times of despair when you have begged God to intervene. Perhaps you prayed for a miracle, but obviously in vain; the miracle failed to materialize. I also assume that you were delighted to learn that the prayers for healing a person were answered. I know a lady whose ribs have grown back after praying for her healing. The doctor had advised her: "Whatever you do, keep going!" Many of us, I am sure, are comforted and encouraged because we know that others are praying for us. I am always encouraged when people tell me that they are praying for me. In response, I usually say: "Thank you very much, I really need all your prayers!"

A misguided way of thinking

Our experiences with prayers may have been positive or negative (probably both). We should therefore not forget what Karl Barth observed: "The crucial element of our prayers is not our requests, but God's answer" (Prayer, p. 66). It's easy to misunderstand God's reaction if he doesn't respond in the expected way. One quickly becomes ready to believe that prayer is a mechanical process - one can use God as a cosmic vending machine, in which one throws in his wishes and the desired “product” can be extracted. This misguided mindset, which is close to a form of bribery, often sneaks into prayers that are about gaining control of a situation we are powerless to face.

The purpose of the prayer

Prayer is not to persuade God to do things that he does not want to do, but to join in with what he is doing. It is also not to want to control God, but to acknowledge that He controls everything. Barth explains it this way: "With the folding of our hands in prayer, our rebellion against injustice in this world begins." In this statement, he confessed that we, who are not of this world, are involved in God's mission to the world in prayer. Instead of taking us out of the world (with all its injustice), prayer unites us with God and his mission to save the world. Because God loves the world, he sent his son into the world. When we open our hearts and minds to God's will in prayer, we put our trust in the one who loves the world and us. He is the one who has known the end from the beginning and who can help us to recognize that this present, finite life is the beginning and not the end. This kind of prayer helps us to see that this world is not what God wants it to be, and it changes us so that we can be hope carriers here and now in God's present, expanding kingdom. When the opposite of what they asked for occurs, some people plunge into the deistic view of the distant and uninvolved God. Others then no longer want to have anything to do with belief in God. This is how Michael Shermer, founder of the Skeptic's Society, experienced it (German: Association of Skeptics). He lost his faith when his college friend was seriously injured in a car accident. Her spine was broken and due to the paralysis down her waist, she is dependent on a wheelchair. Michael had believed that God should have heard the prayers for healing because she was a really good person.

Prayer is not a means to direct God, but a humble acknowledgment that everything is under him, but not us. In his book God in the Dock CS Lewis explains this as follows: We cannot influence most of the events that take place in the universe, but some can. It is similar to a play in which the setting and general storyline are dictated by the author; however, there remains a certain scope in which the actors have to improvise. It may seem strange why he allows us to trigger real events at all, and it seems even more astonishing that he gave us prayer instead of any other method. Christian philosopher Blaise Pascal said that God "introduced prayer to grant his creatures the dignity to make changes."

Perhaps it would be more true to say that God considered both prayer and physical acts for this purpose. He gave us little creatures the dignity to be able to participate in events in two ways. He created the matter of the universe so that we can use it within certain limits; so we can wash our hands and use them to feed our fellow human beings or to kill them. In a similar way, God considered in his plan or course of history that this allows a certain amount of leeway and can still be modified in response to our prayers. It is stupid and improper to ask for victory in a war (if you expect him to know what's best); that would be just as stupid and improper to ask for nice weather and to put on a raincoat - doesn't God know best whether we should get dry or wet?

Lewis points out that God wants us to communicate with him through prayer and explains in his book Miracles (German: miracle), God has already prepared the answers to our prayers. So the question arises: why pray? Lewis replies:

When we say the result, say a dispute or medical advice, in prayer, it often comes to mind (if we only knew) that an event has already been decided one way or another. I don't think that's a good argument to stop praying. The event is certainly decided - in the sense that it was decided "before all time and world". However, one thing that is taken into account in the decision and that really makes the thing a certain event may be the prayer that we are now putting forward.

Did you understand that? God may have considered in his response to your prayer that you will pray. The implications of this are thought-provoking and exciting. It shows all the more that our prayers are important; they have meaning.

Lewis continues:
As shocking as it sounds, I conclude that in the afternoon we can become involved in a chain of causes of an event that already took place at 10.00 a.m. (Some scientists find it easier to describe it than it is generally understood). Imagining that will no doubt make us feel like we are being tricked. I now ask: "So when I have finished praying, can God go back and change what has already happened?" No. The event has already happened and one of the reasons for this is the fact that you are asking such questions instead of praying. So it also depends on my choice. My free action contributes to the shape of the cosmos. This involvement was created in eternity or "before all times and worlds", but my awareness of it only reaches me at a certain point in time.

What Lewis wants to say is that prayer does something; It always has and always will. Why? Because prayers give us the opportunity to engage in God's actions, doing and doing what we did now. We can not understand how it all works together and works together: science, God, prayer, physics, time and space, things like quantum entanglement and quantum mechanics, but we know that God has determined everything. We also know that he invites us to participate in what he does. Prayer is a lot.

When I pray, I think it is best to put my prayers in God's hands, because I know that He judges them correctly and fits them into his good endeavors in an appropriate way. I believe that God is doing all things good for His glorious purposes (that includes our prayers). I am also aware that our prayers are supported by Jesus, our high priest and advocate. He receives our prayers, sanctifies them and exchanges them with the Father and the Holy Spirit. For this reason, I assume there are no unanswered prayers. Our prayers combine with the will, purpose and mission of the Triune God - much of which was established before the foundation of the world.

If I can not explain exactly why prayer is so important, then I trust God that it is so. Therefore, I am encouraged when I learn that my fellow human beings pray for me, and I hope you are encouraged because you know that I pray for you. I do not do it to try to direct God, but to praise the One who directs everything.

I thank and praise God that he is the Lord of all and our prayers are important to him.

Prayer - much more than words