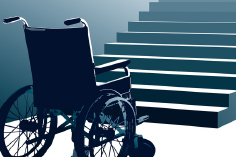 In our culture, the word miracle is often used quite lightly. If, for example, in the extension of a football match, a team still manages to shoot the winning goal surprisingly with a deflected 20-meter shot, then some TV commentators may speak of a miracle. In a circus performance, the director announces a fourfold miracle performance by an artist. Well, it is highly unlikely that these are miracles, but rather spectacular entertainment.

A miracle is a supernatural event that goes beyond nature's inherent ability, although CS Lewis points out in his book Miracles that "miracles do not ... break the laws of nature. “When God works a miracle, he interferes with natural processes in a way that only He can do. Unfortunately, Christians sometimes assume misconceptions about miracles. For example, some say that there would be more miracles if more people believed. But history shows the opposite - although the Israelites experienced many miracles worked by God, they lacked faith. As another example, some claim that all healings are miracles. However, many healings do not fit the formal definition of miracles - many miracles are the result of a natural process. If we cut our fingers and see how it gradually heals, it was a natural process that God has given the human body. The natural healing process is a sign (a demonstration) of the goodness of God our Creator. However, when a deep wound has healed instantly, we understand that God has performed a miracle - He intervened directly and supernaturally. In the first case we have an indirect sign and in the second a direct sign - both point to the goodness of God.

Unfortunately, there are some who misuse the name of Christ and even fake miracles to build a following. This can sometimes be seen in so-called “healing services”. Such an abusive practice of miracle healing is not found in the New Testament. Instead, it reports worship services on the core themes of faith, hope, and love for God that believers look to for salvation, which they have learned from preaching the gospel. However, the abuse of miracles should not reduce our appreciation for real miracles. Let me tell you about a miracle that I can testify myself. I had joined the prayers of many others who prayed for a woman whose malignant cancer had already eaten away some of her ribs. She was in medical treatment and when she got anointed, she asked God for a miracle of healing. The result was that cancer was no longer diagnosed and her ribs grew back! Her doctor told her that it was a miracle and that she should continue whatever she did ». She explained to him that it wasn't because of what she was doing, but that it was God's blessing. Some may claim that medical treatment made the cancer go away and the ribs grew back on their own, which is quite possible. Only that would have taken a long time, but her ribs were restored very quickly. Because her doctor "could not explain the rapid recovery", we conclude that God intervened and performed a miracle.

The belief in miracles is not necessarily directed against the natural sciences and the search for natural explanations does not necessarily indicate a lack of belief in God. When scientists make a hypothesis, they check for errors. If no errors can be detected in the investigations, then this speaks for the hypothesis. Therefore, we do not immediately consider the search for a natural explanation of a miraculous event as a rejection of the belief in miracles.

We all prayed for the healing of the sick. Some were miraculously healed instantly, while others recovered naturally. In the case of miraculous healings, it did not depend on who or how many had prayed. The apostle Paul was not healed of his "thorn in the flesh", although he had prayed for it three times. What matters to me is this: when we pray for a miracle of healing, we leave it in our faith to God's decision whether and when and how he will heal. We trust him to do what is best for us because we know that in his wisdom and kindness he takes into account factors that we cannot recognize.

By praying for healing for a sick person, we show one of the ways in which we show love and compassion towards those in need, and connect with Jesus in his faithful intercession as our mediator and high priest. Some have misunderstood the instruction in James 5,14, which makes them hesitate to pray for a sick person, assuming that only church elders are authorized to do so, or that an elder's prayer is somehow more effective than the prayers of friends or relatives. Apparently, James intended that by directing parishioners to call the elders to anoint the sick, it became clear that elders should serve as servants for the needy. Bible scholars see the apostle James 'instruction as a reference to Jesus' sending of the disciples in groups of two (Mark 6,7), these "drove out many evil spirits and anointed many sick people with oil and made them healthy" (Mark 6,13). [1]

When we pray for healing, one should not think that it is our job to somehow move God to act on His mercy. God's goodness is always a generous gift! Why then pray? Through prayer we participate in God's work in other people's lives, as well as in our lives, as God prepares us for what he will do according to his compassion and wisdom.

Let me give you a hint of consideration: if someone asks you for prayer support related to a health problem and wishes it to remain confidential, then this request should always be complied with. One should not be tempted to believe that the "chances" of a cure are somehow proportional to the number of people who pray for it. Such an assumption does not come from the Bible, but from a magical way of thinking.

Whenever we consider healing, we need to remember that God is the one who heals. Sometimes he heals through a miracle and other times he heals naturally, which is already contained in his creation. In whatever way, all honor is due to him. In Philippians 2,27, the apostle Paul thanks God for his mercy on his friend and collaborator Epaphroditus, who was terminally ill before God healed him. Paul does not mention a healing service or a special person with special powers (involved). Instead, Paul simply praises God for healing his friend. This is a good example that we should follow.

Because of the miracle that I witnessed and another that I have learned from others, I am convinced that God is still healing at the present time. When we are sick, we have the freedom to ask someone in Christ to pray for us, to call the elders of our church, to anoint ourselves with oil, and to pray for our healing. Then it is our responsibility and our privilege to pray for others, asking God to heal, if it is his will, those of us who are sick and suffering. Whatever the case, we rely on God's answer and timetable.

In gratitude for God's healings,