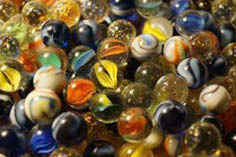 Black History Month is held here in the United States every February (Month of Culture and History of Afro-American Citizens) celebrated. During this time, we celebrate the numerous accomplishments that African Americans have contributed to the wellbeing of our nation. We also commemorate cross-generational suffering, from slavery, racial segregation to ongoing racism. This month I realize that there is a history in the Church that has often been overlooked - the significant role that the early African American churches played in the existence of the Christian faith.

African American worship has actually been around since the beginnings of the United States! The first African American church dates back to 1758, even before the Civil War. These early churches arose under the ugly yoke of slavery. Slaveholders were wary of any sort of organized gathering among the slaves; but despite terrible persecution, many found a communion of strength, hope, and restoration among the teachings of the gospel.

Another part of the rich heritage that developed out of the steadfastness of faith under slavery was gospel. As can be seen from many ancient spirituals, the enslaved Christians found a strong identification in the story of Moses, who led the Israelites out of Egypt to bring them to the Promised Land. These African-Americans strengthened themselves by enslaving God's chosen people as well, and God led them into freedom as a denomination. These believers firsthand knew what the Israelites had experienced and put their hope for eternal salvation into the same God.

African American churches are still sites of Christian celebration and fellowship to this day. African-American Christian leaders have been at the forefront of the civil rights movement and continue to advocate substantial changes based on Christian principles. Although we often celebrate the merits of individuals in the Black History Month, it is equally valuable to remember the great gifts these church communities have offered for so long. Meanwhile, the early African American churches have continued to carry on the heritage of worship, pastoral care, and fellowship, and have long since become co-carriers of a much larger faith tradition within Christianity dating back to the first followers of Christ.

One of the first converts after Jesus' resurrection - even before the apostle Paul! - was the Ethiopian eunuch. The report is in Chapter 8 of Acts. An "angel of the Lord" asked Philip to go down a lonely road to Gaza. There he met a powerful man from Ethiopia who held a high office at the queen's court. The man had already delved into a passage in the book of Isaiah when Philip approached him on the instruction of the Holy Spirit and got into a conversation with him. He "started with this word of Scripture and preached the gospel of Jesus to him" (Verse 35). Shortly thereafter, the eunuch was baptized and «continued its road happily» (Luther 1984).

Scholars see this report as a beautiful picture of how the gospel spreads to the ends of the world. Here is also an early and clear commitment that people of different ethnic groups, nations, cultures and backgrounds are equally welcome in the Kingdom of Christ. Although it can not be proven to be certain, some of the early Christian traditions attribute the spread of the good news of Jesus on the African continent to the Ethiopian eunuch.

I love to study the diverse and vibrant history of Christian worship around the world, as it reminds me of our rich and varied heritage. We too at GCI are part of this ongoing tradition. Grace Communion International benefits greatly from the unity-in-diversity of our membership. We have communities around the world and are experiencing wonderful, God-led, global growth. In just a few years, we have welcomed 5.000 new members and 200 new churches, with many churches on the African continent! It's amazing how people with different ethnic, national identities and life experiences can be united in the worship of the same triune God. It truly strengthens the Church by appreciating the different gifts and historical developments in the Body of Christ. Our God is this one who has called us to break down barriers and work for unity within the church based on our new life in Jesus Christ.

In gratitude for the support of my brothers and sisters in Christ,