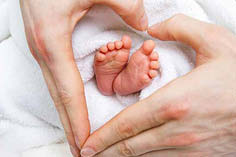 The Old Testament is a story of frustrated hope. It begins with the revelation that people were created in the image of God. But it wasn't long before people sinned and were driven out of paradise. But with the word of judgment came a word of promise - God said to Satan that one of Eva's descendants would crush his head (Genesis 1:3,15). A liberator would come.

Eva probably hoped that her first child would be the solution. But it was Cain - and he was part of the problem. The sin prevailed and it got worse. There was a partial solution in the time of Noah, but the reign of sin continued. Humanity continued to have problems, hoping for something better, but never able to achieve it.

Some important promises were given to Abraham. But he died before he got all the promises. He had a child, but no land, and he was not a blessing to all nations. But the promise remained. She was also given to Isaac, then Jacob.

Jacob and his family moved to Egypt and became a great nation, but they were enslaved. But God remained faithful to his promise. With spectacular miracles, she brought God out of Egypt.

But that did not solve her problems. They were still the same sinful people and the book of judges tells us of some of the worst sins. God finally had the northern tribes taken captive by Assyria. One would think that this would have brought the Jews to repentance, but that was not the case. The people have repeatedly failed and allowed them to be captured.

A glimmer of hope

God started in the smallest possible way - as an embryo in a virgin. See, I will give you a sign, he had said through Isaiah. A virgin would become pregnant and give birth to a child and they would be given the name Immanuel, which means "God with us". But he became Jesus first (Yeshua), which means "God will save us".

God began to fulfill his promise through a child who was born out of wedlock. This was associated with a social stigma - even 30 years later, the Jewish leaders made derogatory comments about Jesus' origins (John 8,41). Who would believe Mary's story about angels and a supernatural conception?

God began the hopes of his people to meet in a way that they did not recognize. No one would have believed that this "illegitimate" baby would be the answer to the hopes of the nation. A baby can not do anything, no one can teach, no one can help save no one. But a child has potential.

Angels and shepherds reported that a Savior was born in Bethlehem (Luke 2,11). He was a savior, a savior, but he didn't save anyone at the time. He even had to be saved himself. The family had to flee to save the child from Herod, the king of the Jews.

But God called this helpless baby a savior. He knew what this baby would do. In this baby lay all the hopes of Israel. Here was the light for the Gentiles; here was the blessing for all nations; here was the son of David, who would rule the world; here was the child of Eve, who would destroy the enemy of all mankind. But he was just a baby, born in a stable, his life was in danger. But with his birth, everything changed.

When Jesus was born, there was no influx of Gentiles to Jerusalem to be taught. There was no sign of political or economic strength-no sign, except that a virgin had conceived and given birth to a child-a sign that no one in Judah would believe.

But God came to us because he is faithful to his promises, and he is the foundation of all our hopes. We can not achieve God's purpose through human endeavor. God does not do things the way we think, but in a way that he knows works. We think in terms of laws and land and kingdoms of this world. God thinks in categories of small, inconspicuous beginnings, of spiritual instead of physical strength, of victory in weakness rather than power.

When God gave us Jesus, he fulfilled his promises and brought forth all that he had said. But we did not see the fulfillment right away. Most people did not believe in it, and even those who believed could only hope.

We know that Jesus grew up to give his life as a ransom for our sin, to forgive us, to be a light to the Gentiles, to defeat the devil and to conquer death by his death and resurrection. We can see how Jesus is the fulfillment of God's promises.

We have a promise that is guaranteed by God through His Son, sealed by the Holy Spirit. We believe that everything else will come true, that Christ will complete the work he has begun. We can be confident that all the promises are fulfilled - not necessarily in the way we expect, but in the way God has planned.

He will, as promised, do it through his Son, Jesus Christ. We may not see it now, but God has already acted and God is even working behind the scenes to fulfill His will and plan. Just as in Jesus as a baby we had hope and a promise of salvation, so now in the risen Jesus we have hope and a promise of perfection. We also have this hope for the growth of the Kingdom of God, for the work of the Church and for our personal life.

When people come to faith, their work begins to grow in them. Jesus said that we need to be born again, and when we believe, the Holy Spirit overshadows us and gives birth to new life. Just as Jesus promised, He comes to us to live in us.

Someone once said, "Jesus could be born 1000 times, and it would not help me if he is not born in me." The hope that Jesus brings to the world, does not help us unless we accept him as our hope. We have to let Jesus live in us.

We may consider ourselves and think: "I do not see as much. I am not much better than I was 20 years ago. I still struggle with sin, doubt and guilt. I'm still selfish and stubborn. I'm not going to be a divine person than it was ancient Israel much better job. I wonder if God is really doing anything in my life. It doesn't look like I've made any progress. »

The answer is to remember Jesus. Our spiritual new beginning may not make a positive difference at the present time - but it does, because God says so. What we have in us is just a deposit. It is a beginning and it is a guarantee of God Himself. The Holy Spirit is a down payment of the glory that is yet to come.

Jesus tells us that the angels rejoice every time a sinner is converted. They sing because of every person who comes to believe in Christ because a baby was born. This baby does not like to make a big difference. It may have struggles, but it is a child of God, and God will see that his work is done. He will take care of us. Although our spiritual life is not perfect, he will continue working with us until his work is completed.

Just as there is a huge hope in Jesus as a baby, so there is huge hope in the baby-Christians. No matter how long you have been a Christian, there is a tremendous hope for you because God has invested in you - and he will not give up the work that he started.