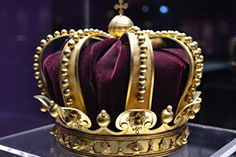 At all times, the kingdom of God has been at the center of much of the Christian teaching, and rightly so. This is especially true in 20. Century a dispute arose. Consensus is difficult to achieve due to the breadth and complexity of the biblical material and the many theological topics that overlap with it. There are also big differences in the spiritual attitude that guides scholars and pastors and leads them to the most varied conclusions.

In this 6 series, I will address the central questions concerning God's kingdom in order to strengthen our faith. In doing so, I will draw on the knowledge and perspective of others who share the same historically evidenced, conventional Christian faith that we profess in Grace Communion International, a faith based on Scripture and focused on Jesus Christ becomes. He is the one who guides us in our worship of the Triune God, the Father, Son and Holy Spirit. This faith-centered incarnation and Trinity, with all the reliability, will not be able to directly answer any question that might be in the way of the kingdom of God. But it will provide a solid foundation and reliable guide that will allow us a biblically faithful understanding.

Over the past 100 years, there has been increasing agreement among those of the Bible explorers on key questions of faith that share the same basic theological sentiment that is ours. It is about the truthfulness and reliability of biblical revelation, a viable approach to Bible interpretation, and the basics of Christian understanding (The Doctrine) regarding such issues as the divinity of Christ, the Trinity of God, the central place of God's grace as it is fulfilled in Christ by the Holy Spirit, and God's redemptive work in the context of history, so that it can be with His from God's goal, the end purpose, will be accomplished.

If we could fruitfully use the teachings of many scholars, two guides appear to be particularly helpful in uniting the countless biblical testimonies regarding the Kingdom of God Add (coherent) coherent whole: George Ladd, who writes from the perspective of Bible research, and Thomas F. Torrance, who represents the theological view with his contributions. Of course, these two scholars have learned from many others and refer to them in their thinking. You have viewed the extensive biblical and theological research material.

In doing so, they have placed emphasis on those writings that correspond to the basic, biblical, and theological premises already mentioned above and that reflect the most conclusive, understandable, and comprehensive arguments regarding the Kingdom of God. For my part, I will address the key aspects of their outcomes that will help us in our faith growth and understanding.

The central meaning of Jesus Christ

Ladd and Torrance both made it clear that biblical revelation unequivocally identifies the kingdom of God with the person and salvation of Jesus Christ. He himself embodies it and brings it about. Why? Because he is the king of all creation. In his spiritual work as an intermediary between God and creation, his kingship combines with priestly and prophetic elements. The kingdom of God truly exists with and through Jesus Christ; because he rules wherever he is. The kingdom of God is his kingdom. Jesus lets us know: "And I want to own the kingdom for you, as my father appropriated to me, that you should eat and drink at my table in my kingdom and sit on thrones and judge the twelve tribes of Israel" (Luke 22,29: 30).

At another time, Jesus declares that the kingdom of God belongs to him. He speaks: "My kingdom is out of this world" (John 18,36). Thus, the kingdom of God cannot be understood separately from who Jesus is and what it is all about in his salvation work. Any interpretation of the Holy Scriptures or any theological synopsis of exegetical material that does not interpret the kingdom of God on the basis of the person and the work of Jesus Christ thus moves away from the center of Christian teaching. It will inevitably come to different conclusions than one that operates from this center of Christianity.

How can we learn from that center of life to understand what the Kingdom of God is all about? First of all, we should note that it is Jesus Himself who proclaims the coming of God's Kingdom and makes this fact an all-encompassing topic in his teaching (Mark 1,15). With Jesus the real existence of the kingdom begins; it does not only convey the relevant message. The kingdom of God is a reality that can be experienced wherever Jesus is; because he is the king. The Kingdom of God truly exists in the living presence and in the actions of the King Jesus.

Starting from this starting point, everything that Jesus says and does conveys the character of his kingdom. The kingdom he wants to give us is identical in character to his own. He carries us a certain kind of empire to an empire that embodies its own character and destiny. Our conceptions of the kingdom of God must therefore be consistent with who Jesus is. You have to reflect it in all its facets. They should be carried in ways that point and remind us of Him with all our senses, so that we understand that this Kingdom is His. It belongs to him and has his signature everywhere. It follows that the kingdom of God is primarily about the reign or reign of Christ rather than, as some interpretations suggest, celestial realms or a spatial or geographical place. Wherever Christ's rule is at work according to His will and destiny, there is the kingdom of God.

First and foremost, his kingdom must be associated with his destiny as the Savior and thus linked to his salvation through his incarnation, vicissitudes, crucifixion, resurrection, ascension, and second coming. This means that his reign as a king can not be understood as detached from his work as a revealer and mediator, to whom he was at once a prophet and a clergyman. All these three Old Testament functions, as embodied in Moses, Aaron, and David, are uniquely associated and realized in him.

His rule and his will are subject to the destiny of recommending his creation, his hat and goodness, that is, to include him in his allegiance, fellowship and participation, reconciling us to God through his crucifixion. Ultimately, if we go under his hat, we share in his reign and enjoy the participation in his kingdom. And his reign carries the features of God's love, which he brings to us in Christ and on the trust of the Holy Spirit working in us. In love for God and in charity, as she sees herself embodied in Jesus, this is our participation in his kingdom. The kingdom of God manifests itself in a community, a people, a church in covenant with God by virtue of Jesus Christ and thus also among one another in the Spirit of the Lord.

But such a love experienced in the community as we share in Christ comes from a lived trust (Faith) in the redeeming, living God and his sovereignty, as it is always practiced by Christ. Thus, belief in Jesus Christ is inseparable from being integrated into his kingdom. This is because Jesus did not alone announce that the coming of God would come closer as he came, but also called for faith and confidence. This is how we read: «After John was imprisoned, Jesus came to Galilee and preached the gospel of God and said:« The time has been fulfilled and the kingdom of God has come. Repent and believe in the gospel! » (Mark 1,14-15). Belief in the kingdom of God is inextricably linked to belief in Jesus Christ. To trust in him means to rely on his rule or reign, his community-building empire.

To love Jesus and to love the Father with him is to love and trust in all the manifestations manifest in his kingdom.

The royal rule of Jesus Christ

Jesus is the king of all kings ruling the entire universe. Not a single corner in the whole cosmos is spared from its power to redeem. And so he announces that he has been given all power in heaven as well as on earth (Matthew 28,18), that is, over all of creation. Everything was created by and for him, as the Apostle Paul explains (Colossians 1,16).

If God's promises to Israel are resurrected, Jesus Christ is the “King of Kings and Lord of Lords” (Psalm 136,1: 3-1; 6,15 Timothy 19,16; Rev.). He has exactly the power that is worthy of him; he is the one through whom everything was created and who receives everything by virtue of his power and his life-giving will (Hebrews 1,2: 3-1,17; Colossians).

It should be clear that this Jesus, the Lord of the Universe, knows no equal, no rival, neither in creation nor in the invaluable gift of salvation. While there were fellow warriors, pretenders and usurpers who had neither the power nor the will to create and give life, Jesus brought all the enemies who resisted his rule to their knees and downed them. As a mediator of his Father made flesh, the Son of God, by virtue of the Holy Ghost, opposes all that stands in the way of his well-made creation and of the Almighty destiny for all creature. To the extent that he opposes all those forces that threaten or destroy his well-done creation and deviate from his wonderful goals, he brings his love to this creation. If he did not fight those who want to destroy them, he would not be the Lord bound to love. This Jesus, with his Heavenly Father and the Holy Spirit, relentlessly opposes all evil that destroys, distorts and destroys life and love-based communion-based relationships with him and, in turn, with one another and with creation. In order for his original, ultimate purpose to be fulfilled, all forces resisting his rule and right must subject him to repentance or be nullified. Evil has no future in the kingdom of God.

So Jesus sees himself, as he is also portrayed by the New Testament witnesses, as a redeeming victor who frees his people from all evil and all enemies. He frees the prisoners (Luke 4,18:2; 2,14 Corinthians). He takes us from the realm of darkness to his realm of light (Colossians 1,13). He "[gave] himself for our sins [...] to save us from this present, evil world according to the will of God, our Father" (Galatians 1,4). In this sense it should be understood that Jesus "[...] has overcome the world" (John 16,33). And with that he makes “everything new!” (Revelation 21,5: 19,28; Matthew). The cosmic scope of his rule and the subjugation of all evil under his rule, beyond our imagination, bear witness to the miracle of his graceful royal rule.

The kingdom of God (Part 1)