Do we teach the All-reconciliation? 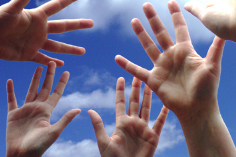 Some people claim that the theology of the Trinity teaches a universalism, that is, the assumption that every human will be saved. For it does not matter whether he is good or bad, remorseful or not, or whether he has accepted or denied Jesus. So there is no hell.

I have two difficulties with this claim, which is a fallacy:
For one thing, belief in the Trinity does not require believing in all-reconciliation. The famous Swiss theologian Karl Barth did not teach universalism, nor did the theologians Thomas F. Torrance and James B. Torrance. In the Grace Communion International (WKG) we teach the theology of the Trinity, but not universal reconciliation. Our American website states the following: All-reconciliation is the wrong assumption, which claims that at the end of the world all souls of human, angelic and demonic nature are saved by the grace of God. Some universalists even go so far as to believe that repentance towards God and belief in Jesus Christ are not necessary. Universalists deny the Trinity doctrine and many people who believe in universal reconciliation are Unitarian.

In contrast to all-reconciliation, the Bible teaches that only Jesus Christ can save you (Acts 4,12). Through him, chosen by God for us, all humanity is chosen. Ultimately, however, this does not mean that all people will accept this gift from God. God longs for all people to be repentant. He created people and redeemed them for a living relationship with him through Christ. A real relationship can never be forced!

We believe that through Christ, God has created a benevolent and just provision for all people, even those who did not believe in the gospel until their deaths. Nevertheless, those who reject God by their own choice are not saved. Mindful readers of the Bible recognize in Bible study that we can not exclude the possibility that every person will eventually be remorseful and therefore receive God's gift of salvation. However, the Bible texts are inconclusive and for that reason we are not dogmatic about this issue.

The other difficulty that arises is this:
Why should the possibility that all people be saved evoke a negative attitude and the charge of heresy? Even the creed of the early church was not dogmatic about believing in hell. The biblical metaphors speak of flames, utter darkness, howling and teeth chattering. They represent the state that occurs when a person is lost forever and lives in a world where he sets himself apart from his environment, surrenders to the yearnings of his own selfish heart and consciously the source of all love, goodness and truth rejects.

If one takes these metaphors literally, they are frightening. However, metaphors are not to be taken literally, they are only meant to represent different aspects of a topic. Through them, however, we can see that hell, whether it exists or not, is not a place where one likes to stay. To cherish the passionate desire that all people or humanity will be saved or nobody will suffer the torments of hell does not automatically make a person heretics.

What Christian would not want everyone who has ever lived to repent and experience forgiving reconciliation with God? The thought that all of humanity will be changed by the Holy Spirit and will be in heaven together is a desirable one. And that's exactly what God wants! He wants everyone to turn to him and not suffer the consequences of discarding his offer of love. God longs for it because he loves the world and everything in it: «For God loved the world by giving his only begotten son, so that all who believe in him are not lost, but rather eternal life to have" (John 3,16). God urges us to love our enemies as Jesus himself Judas Iscariot, his traitor, at the last supper (John 13,1: 26;) and served him on the cross (Luke 23,34) loved.

Closed from the inside?

Even so, the Bible does not guarantee that all people will accept God's love. It even warns that it is quite possible that some people may deny God's offer of forgiveness and the salvation and acceptance associated with it. However, it is difficult to believe that someone would make such a decision. And it is even more unimaginable that someone would refuse to offer a loving relationship with God. In his book The Great Divorce, CS Lewis described: «I consciously believe that the damned are in some way successful rebels to the end; that the doors of hell are locked from the inside. »

God's desire for every human being

Universalism should not be misunderstood with the universal or cosmic dimension of the effectiveness of what Christ has done for us. Through Jesus Christ, the chosen one of God, the whole of humanity is chosen. While this does NOT mean that we can confidently say that all people will ultimately accept this gift of God, we can certainly hope for it.

The apostle Peter writes: “The Lord does not delay the promise as some consider it to be; he has patience with you and does not want anyone to be lost, but everyone to find the bus » (2 Peter 3,9). God did everything possible for him to free us from the torments of hell.

But in the end, God will not hurt the conscious decision of those who consciously reject his love and turn away from him. Because in order to get over their thoughts, will and hearts, he would have to undo their humanity and not have created them. If he did so, then there would be no people who could accept the most precious gift of God, a life in Jesus Christ. God has created humankind and saved them for having a true relationship with Him, and this relationship can not be enforced.

Not all are united with Christ

The Bible doesn't blur the difference between a believer and an unbeliever, and neither should we. When we say that all people have been forgiven, saved by Christ and reconciled to God, it means that while we all belong to Christ, not everyone is related to him yet. While God has reconciled all people with himself, not all people have accepted this reconciliation. That is why the apostle Paul said, "For God was in Christ and reconciled the world to himself and did not count their sins against them and raised up the word of reconciliation among us. So we are now ambassadors to Christ, because God exhorts us; So now instead of Christ we ask: let us reconcile with God! ” (2 Corinthians 5,19: 20). For this reason, we do not judge people, but tell them that the reconciliation with God has been accomplished by Christ and is available as an offer to everyone.

Our concern should be a living testimony, sharing the Bible's truths about the character of God - that is his thoughts and compassion for us humans - in our environment. We teach the universal dominion of Christ and hope for a reconciliation with all people. The Bible tells us how God longs for all people to come to Him in repentance and accept His forgiveness - a longing that we too feel.